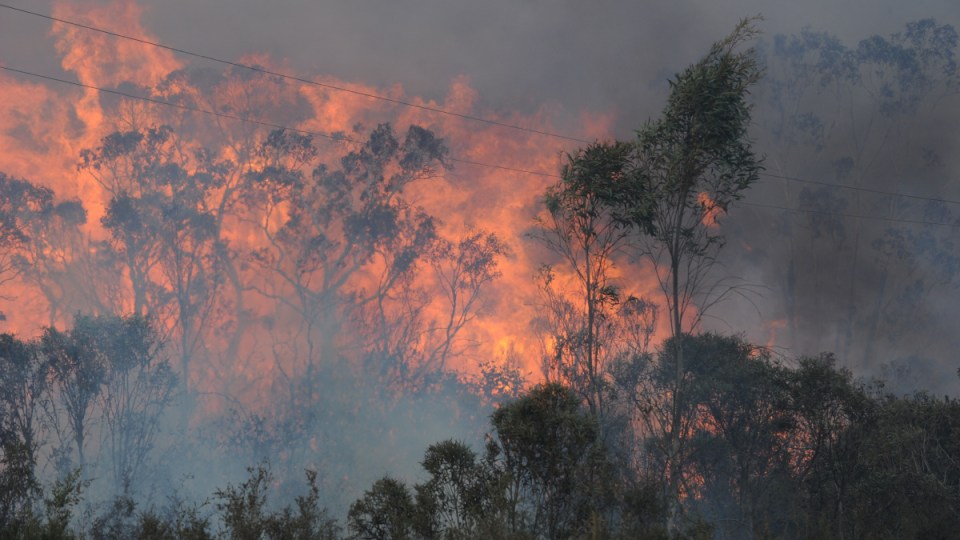 Vast swathes of Australia have already lost 20 per cent of their rainfall and the country’s fire risk has gone beyond worst-case scenarios developed just a few years ago, a renowned climate expert says.

Australian National University Professor Mark Howden is a vice-chair of the world’s leading authority on climate science and says despite dire, repeated warnings “our foot is not off the climate change accelerator”.

“There is no reason to feel comfortable about how fire is evolving at the moment,” the Intergovernmental Panel on Climate Change vice-chair said on Wednesday, during a look back at the disasters climate change fuelled last year.

He warned that without urgent action, conditions that spawned the devastating Black Summer bushfires of 2019-20 could be the new normal by the end of this decade.

Australia had its hottest, driest year on record in 2019.

“That becomes a relatively normal condition under our climate change scenarios say for 2030 and 2050,” said Professor Howden, who contributed to the most recent IPCC report on climate risks.

“We all remember the Black Summer and the scars it has left. We simply should not want to go there. We should be taking extraordinary effort to avoid those sorts of futures.”

Late last year, the CSIRO also warned Australia was at risk of more “mega fire years”, with the nation now dealing with fire hazards year round.

Areas lost to fire in autumn have increased three fold, and four-fold in winter.

Professor Howden said Australian farmers were hurtling towards a future with far less rain, in a world that is only just able to feed itself thanks to improved agricultural technologies and adaptation strategies.

“In south-west Australia and south-east Australia we’ve already lost around 20 per cent of our rainfall compared with that of 100 years ago,” he said.

Modelling of rainfall changes at 1.5 degrees of warming, 2 degrees and 4 degrees shows that with a few exceptions most places will become drier.

“In those mid-latitudes – where Australia sits – there have already been very strong drying trends. We’re likely to see a strong intensification of that.”

He also warned there was limited scope for adaption.

“As we go to the higher levels of climate change, we will not be able to keep up with our current type of agriculture – so agriculture as we currently conceive it.

“There’s only so much room that has to deliver benefit and increasingly what we’ll be doing is pushing up against the boundaries of what can be managed in an increasingly problematic climate for many parts of the world.”

Last year was, depending on which set of records are consulted, either the fifth or seventh warmest on record.

Thanks to the strong cooling effects of the La Niña weather phenomenon it was Australia 19th warmest, but it was still high compared with long-term records.

Regardless of that broad cooling effect, Professor Howden said people must remember the succession of disasters the world dealt with, all compounded by climate change.

Hurricane Ida hit the US, the fifth costliest globally. There were devastating floods across Europe and in China.

The sea level rose by about 4.5mm, mostly Professor Howden says due to glacial and ice-sheet breakdown.

But he says there is still a “glimmer of hope” that the world will take the narrow opportunity it has and chose a future climate that’s “relatively benign”, something around the 1.5 degrees of warming that’s the best case objective of the Paris pact.

“To get there we have to go radially off the trajectory we are currently on which will take us to something more akin to 2.7 degrees, maybe even 3 degrees.

“We have to have immediate, rapid and large-scale action.”

Under all scenarios, one thing is clear.

“Climate adaption is now unavoidable and it’s urgent,” he said.