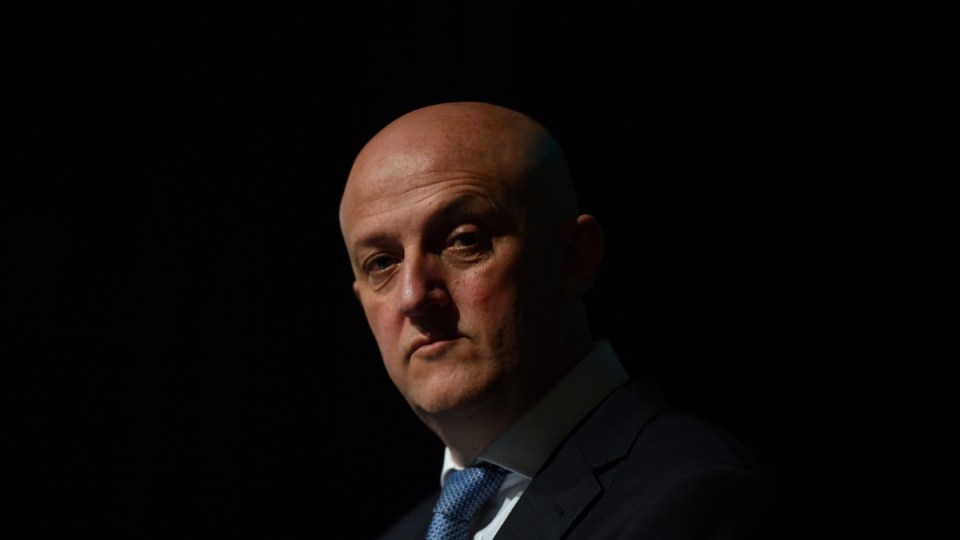 “As a sting in the tail, after we removed the spies, we laid trip wires just in case the foreign country ever tries to reactivate this network.”

I can confirm that ASIO recently detected and disrupted a foreign interference plot in the lead-up to an election in Australia. This case involved a wealthy individual who maintained direct and deep connections with a foreign government and its intelligence agencies.

He said the AUKUS security arrangement with the US and Britain was of strong interest to foreign intelligence agencies.

Mr Burgess said it was important to be on guard against foreign political interference in a federal election year.

ASIO recently detected and disrupted a foreign interference plot in the lead up to an election in Australia, but Mr Burgess declined to reveal which state or territory it related to.

The case involved a wealthy person – described as the “puppeteer” – who had “direct and deep connections with a foreign government and its intelligence agencies”.

“The puppeteer hired a person to enable foreign interference operations and used an offshore bank account to provide hundreds of thousands of dollars for operating expenses,” Mr Burgess said.

“Secretly shaping the jurisdiction’s political scene to benefit the foreign power was considered a key performance indicator. It was like a foreign interference start-up.”

The employee identified candidates likely to run in the election who either supported the interests of the foreign government or who were assessed as vulnerable to inducement.

The person used relationships with politicians, staffers and journalists to select potential targets.

“The puppeteer and the employee plotted ways of advancing the candidates’ political prospects through generous support, placing favourable stories in foreign language news platforms and providing other forms of assistance.”

The candidates had no knowledge of the plot.

“Our intervention ensured the plan was not executed, and harm was avoided,” Mr Burgess said.

Had some of the candidates been elected they would have been directed to hire particular staff who were agents of the foreign government, passing on information and potentially influencing the way the member voted.

“More time in those online environments – without some of the circuit breakers of everyday life, like family and community engagement, school and work – created more extremists,” he said.

The domestic spy agency conducted an assessment in 2007 warning about the implications of a pandemic, Mr Burgess revealed.

“We assessed that a pandemic would result in an increase in anti-government behaviours, and we have certainly seen that with COVID.”

ASIO’s terrorism caseload reduced over the past 12 months, but there had been a rise in “radicalisation and specific issue grievances”, he said.

“We have seen threats against public office holders, an attack on a vaccination clinic, and several physical assaults on healthcare workers.

“We assess that these tensions and the associated possibility of violence will persist.”

Continued lockdowns and other restrictions would continue to drive this anger, uncertainty and fear, he said.

Mr Burgess said ASIO did not investigate peaceful protest or dissent, but was concerned where “opinions tip into the promotion of violence or actual acts of violence”.

The most likely terrorist attack scenario over the next 12 months continued to be a lone-actor attack.

While there were no domestic terrorist attacks in the past year there were two major disruptions of violent extremist attacks.

“Children as young as 13 are now embracing extremism,” he said.

He said sports clubs, schools, parents, carers and community leaders could play a pivotal role in identifying signs of teenagers heading towards radicalisation.