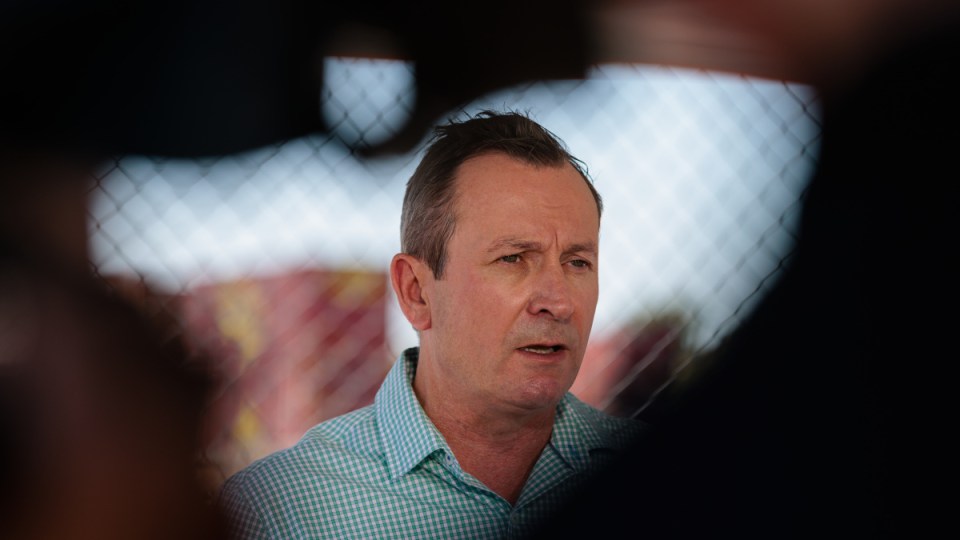 Western Australia will take another tentative step towards living with COVID-19 by halving quarantine periods for close contacts.

The move to seven-day quarantine will come into effect from Tuesday and also apply to thousands of returned travellers already in self-isolation.

It comes after WA on Monday recorded 26 new local Omicron cases, including some who were infectious while in the community.

Premier Mark McGowan had faced growing pressure to bring WA’s quarantine rules in line with the rest of the nation after eight schools were exposed in the first week of term, plunging hundreds of students and teachers into isolation.

The virus has also spread to the Pilbara mining sector, with some workers forced to spend two weeks isolating in accommodation villages.

Mr McGowan insisted he had not bowed to pressure from the mining industry and the Australian Medical Association, saying the decision was based on health advice.

He warned that WA was about to embark on its most challenging phase of the pandemic.

“These new protocols are not a sign that the pandemic is over. They signify the start of the real impact of Omicron in Western Australia,” he told reporters.

Under WA’s revised definitions, close contacts will include household members, intimate partners or anyone who has had 15 minutes of face-to-face contact or spent two hours in a room with an infectious case while unmasked.

People will be able to leave self-quarantine after seven days if they return a negative rapid antigen test result.

Casual contacts will no longer have to isolate, but reporting positive RAT results to WA Health will become mandatory.

Mr McGowan said anyone currently in self-quarantine, including about 12,000 people who arrived over the weekend under a softening of hard border rules, will be able to leave on day seven upon returning a negative test.

From Wednesday, WA will double its arrival cap to allow 530 international travellers per week.

While vaccinated international arrivals will be allowed to self-quarantine and leave after seven days, those who are not jabbed face 14 days in hotel quarantine.

Mr McGowan last month said close contact changes would only come into effect once “high daily caseloads” were recorded in the WA community.

WA has averaged just over 20 local cases per day over the past week.

But chief health officer Andy Robertson said he expected the state’s case numbers would start to double “within the next few days”.

The premier also refused to set a new date for the borders fully reopening despite the state’s third-dose vaccination rate climbing to 44 per cent.

Should the take-up maintain its current rate, WA’s booster rate – identified as one of the key factors in the border considerations – would be well above 80 per cent by early March.

New rules will come into effect at schools from Tuesday including restrictions on school camps, indoor face-to-face events and mingling between year groups.

Parents will be made to stay outdoors when picking up their children and parent-teacher interviews will occur online or over the phone.

The rules will be eased further once WA reaches a yet-to-be-defined “very high caseload”, allowing most asymptomatic close contacts to continue attending school.