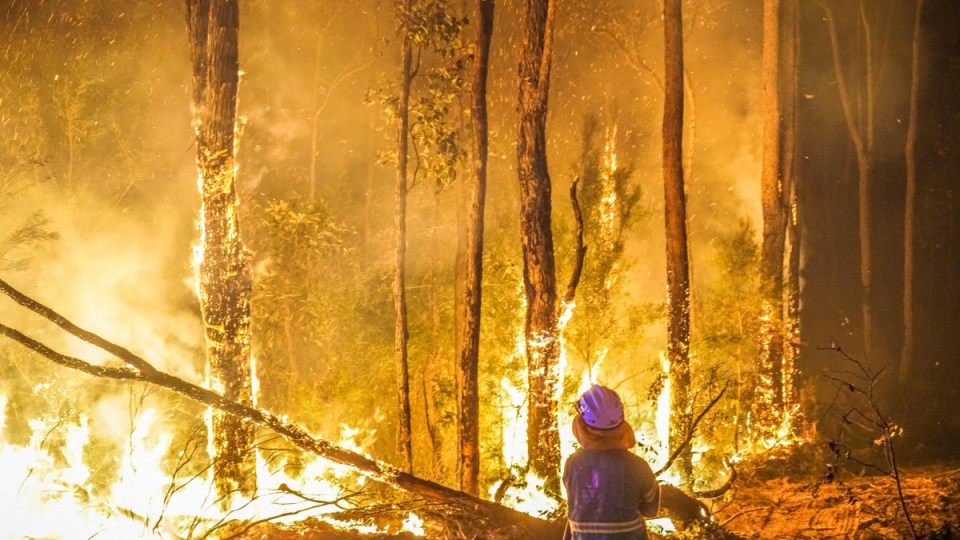 The community’s 100 or so residents were warned it was too late to flee homes and urged to take shelter inside on Saturday evening.

The out-of-control fire, which flared early on Saturday afternoon, poses an immediate threat to homes and lives as it tracks southeast, authorities say.

“It’s too late to leave, leaving now would be deadly,” Emergency WA said in its latest warning issued around 8am local time on Saturday.

An emergency warning had already been issued for the South West region, including Hester Brooke and Bridgetown in the Shire of Bridgetown-Greenbushes.

“You are in danger and need to act immediately to survive. There is a threat to lives and homes,” it said.

BREAKING: Bridgetown Hospital has been evacuated as a bushfire rages towards the southwest town. Hundreds of firefighters are battling the blaze and a second near Denmark. Extreme conditions making things very difficult for fire crews. @7NewsPerth pic.twitter.com/44pHKVkYzV

The weather bureau said temperatures in Bridgetown soared to 41 degrees on Saturday, adding to the danger, but would ease to a top of 27 degrees on Sunday.

Department of Fire and Emergency Service’s duty commissioner Rick Curtis said there were reports of bushfires burning properties to the north and and north-east of the town.

“It is likely that there is impacts to property in Bridgetown,” Mr Curtis told the ABC.

“It’s still a moving feast, and very dynamic, we’re a long way from being out of the woods.

“As the fire continues to escalate, providing information to residents [about impacted properties] takes time.

“While I understand that’s incredibly frustrating when you don’t know if your property is impacted or not … community meetings and talking to our staff are the quickest way of finding that out.”

The premier thanked firefighters for their efforts over the week and urged the public to follow advice from Emergency WA.

Denmark, Western Australia. 3 hours north, in Bridgetown, residents jumped in river to escape fire. In Perth there’s fires in the Hills, east & south. This is awful. Hoping for the best for firefighters & communities. When we get through this can we pls talk about climate change. pic.twitter.com/XZKSwlMlQm

Emergency WA says 150 firefighters are battling the blaze, which has burnt out more than 2200 hectares.

Aerial support has been sent to assist ground crews and police, SES officers and ambulance personnel are also in attendance.

Western Power says around 2500 customers in the South West and Great Southern regions are without power due to the bushfire.

Meanwhile, an emergency warning remains for the coastal shire of Denmark, after residents were told to evacuate on Friday.

People in Shadforth and Scottsdale have been told to leave and seek safety.

Bridgetown transmitter is current reported down and not broadcasting due to the power outage.
Wind looks to have swung around from the SSE of all directions – (Wildfires produce their own weather)#Bridgetown #Denmark #WAfires#Australia #Bushfire #Bushfires

The premier thanked firefighters for their efforts over the week and urged the public to follow advice from Emergency WA.

‘Too late to leave’: Raging WA bushfire bearing down on SW town of Hester