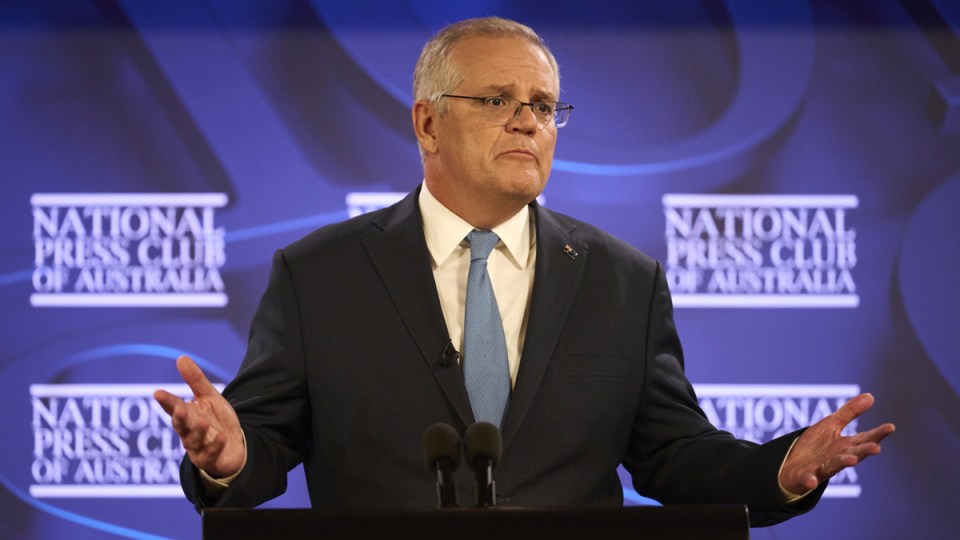 Prime Minister Scott Morrison was confronted by the explosive texts after an address at the National Press Club this week. Photo: Getty
opinion

A flurry of categorical denials by senior ministers has followed the report that a current Liberal cabinet minister described Scott Morrison as a “psycho” in a text exchange with then NSW premier Gladys Berejiklian during the summer bushfires of 2019-20.

Two prominent NSW Liberal moderates, Marise Payne and Paul Fletcher (through a spokesman) were among those who said on Wednesday they weren’t the minister.

Payne said in her statement she had never had such an exchange with Berejiklian, “nor have I ever used such language”.

She also rejected the descriptions of the PM “in the purported messages”. She wasn’t the only one raising a question about the authenticity of the messages.

Meanwhile Deputy Prime Minister Barnaby Joyce – quick to point out the culprit wasn’t from the Nationals – inadvertently injected confusion when his comments were wrongly reported as suggesting the minister was a woman. He quickly had to clarify he wasn’t saying that at all.

Joyce said he didn’t know the identity of the minister but they should out themselves and give an explanation before they were named.

It was just a “good rump steak with horseradish sauce, vegetables and chips, two bottles of red wine” away from some journalist saying “blah, blah, blah”.

Van Onselen quoted the text comments in his Press Club question and on the Ten news.

He said Berejiklian’s comments included describing Morrison as “a horrible, horrible person” who was “just obsessed with petty political point scoring” when lives were at stake.

According to van Onselen, the other person condemned Morrison as “a complete psycho”, “desperate and jealous”, and said: “The mob have worked him out and think he’s a fraud”.

At the Press Club, a startled Morrison replied: “I don’t know who you’re referring to or the basis of what you’ve put to me, but I obviously don’t agree with it, and I don’t think that’s my record.”

Berejiklian immediately issued a statement that she had “no recollection of such messages”, thus falling short of a denial.

She reiterated her “very strong support” for Morrison, even though the two are known to have had differences.

NSW Treasurer Matt Kean quickly found himself in the frame, as speculation about the leaker gathered momentum.

He is also close to Berejiklian, and it has been assumed she would only be so frank with someone she trusted.

But Kean, who said he had checked his records, denied being the source.

And van Onselen made it clear the minister involved was a federal Liberal (and a current minister, so his friend, former minister Christian Porter, wouldn’t be fingered).

The van Onselen question, together with the PM’s failure to know the price of bread and milk in response to another question, had turned Tuesday’s appearance into something of a train wreck for Morrison.

The mystery of the minister ensured the story dragged on to distract another day.

Morrison tried to play the whole thing down, saying on Wednesday, “I’m not fussed”, though that wasn’t credible.

Asked whether he was confident the minister involved wasn’t sitting in his cabinet right now, he said “yes”. No one had come forward to confess.

Morrison might not know who his alleged forthright cabinet critic is, but by Wednesday he was able to prattle on about all sorts of breads and milks.

As for him, “I’m just normal white bread, white bread toast. That’s me.”

View from The Hill: Morrison a ‘psycho’ – now who would have said that?