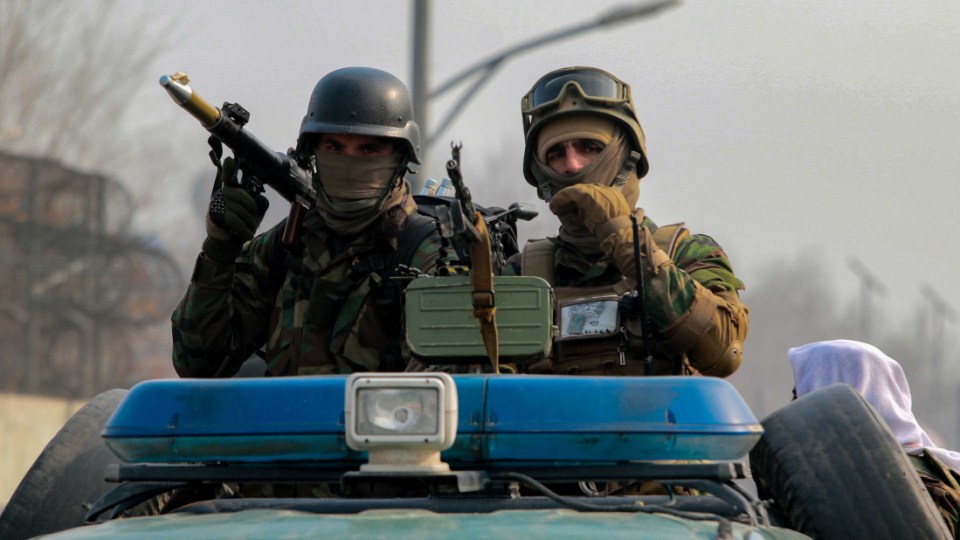 The Taliban is suspected of having detained two television journalists missing in Afghanistan. Photo: EPA

Two local journalists from a private television network have been detained by Taliban forces in the Afghan capital Kabul for unknown reasons, according to their colleagues and family members.

Waris Hasrat and Aslam Hijab, who were working as journalists for the popular Ariana Television network, were detained by armed Taliban forces at the front gate of their organisation on Monday, one of their colleagues who wished not to be named told German news agency dpa.

“Our surveillance cameras show that they have been taken away by armed men in uniform who were riding in government vehicles,” he added.

Hasrat had been working as an anchor and producer for the politics desk and Hijab for the economic desk of the news channel for many years.

Their family members are urging media support groups and fellow journalists on Facebook to raise their voices and help them to get their loved ones released.

“We are still searching to find out his whereabouts,” the brother of Hasrat told dpa by phone.

“We are very concerned about his safety.”

Although Hasrat’s brother alleged he had been taken by the Taliban intelligence, a spokesman for the Taliban’s General Directorate of Intelligence, Mawlawi Hamraz, said they are not holding the journalists.

This comes a day after a guest criticised the Taliban regime during a live debate broadcast by the TV network the journalists work for.

A part of the debate was widely shared on social media.

Afghanistan: The arbitrary arrest of two Ariana News journalists by the Taliban is unjustifiable. Such escalating attacks on media freedom are a grave threat to the right to freedom of expression. The Taliban must unconditionally and immediately release them. https://t.co/Stcf549gh8

In a statement, Amnesty International called for the immediate and unconditional release of the journalists.

“Such escalating attacks on media freedom are a grave threat to the right to freedom of expression,” the statement added.

The Taliban has been regularly detaining protesters, women’s rights activists and journalists since they retook power. After their release, some have reported abuse and torture.

Kirstie Clements: The future of fashion is comfort, not whatever they’re wearing in Dune
WHO warns that piles of COVID-19 waste threaten health
Today's Stories