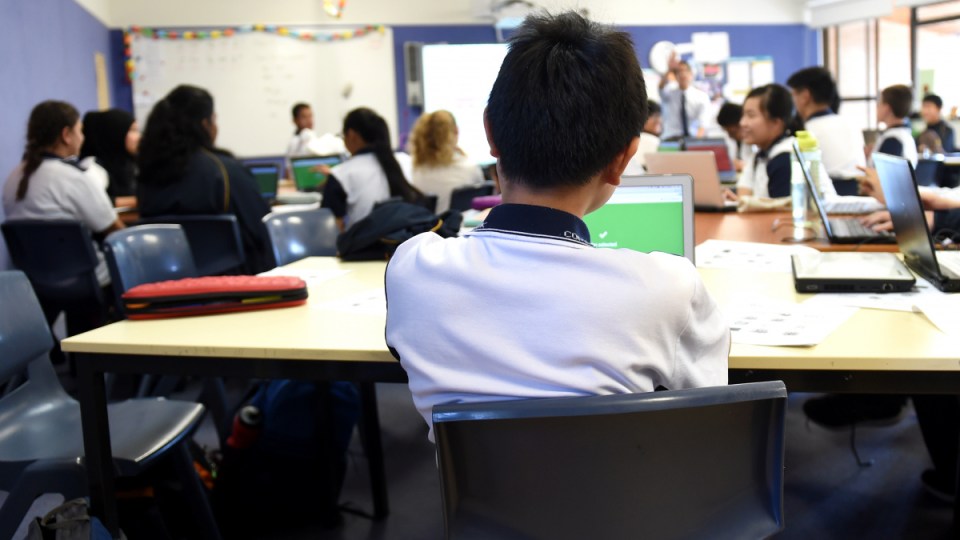 A NSW budget estimates hearing has been told more than 10,000 teachers left the industry in 2021. Photo: AAP

Hundreds of students across three Perth schools are being forced into 14 days of isolation as West Australian Premier Mark McGowan doubles down on his hardline COVID-19 rules.

It comes after a teacher tested positive at Winterfold Primary School, forcing dozens of teachers, students and parents into isolation.

The case at Harrisdale involved an entire Year 12 group who attended an orientation program earlier this week.

About 200 students who attended will be forced into 14 days quarantine.

It is not yet clear how many staff or students will have to isolate at Corpus Christi, but photos shared on social media showed the entire K-12 student group attended an assembly on Tuesday.

Qantas chair Richard Goyder and Wesfarmers chief executive Rob Scott are among the local heavyweights who have publicly criticised the premier, saying they will relocate to the eastern states to escape his policy settings.

International students have been left in limbo after being given just days to arrive back into Australia to be deemed eligible for entry to WA.

Mr McGowan has also faced blowback from the powerful resources sector after the virus spread to mine sites operated by BHP and 29Metals this week.

The premier has promised isolation periods will be halved for COVID-infected people and their close contacts but only when the state reaches a yet-to-be defined higher caseload.

“It won’t be far away,” he said on Wednesday.

“What we’ve done has saved thousands of lives and many thousands of jobs, and that’s the approach we will continue to adopt.”

Mr McGowan added that WA’s policy settings had made the resources sector the “most successful in the world” during the pandemic.

The government will make additional vaccination bookings available this month in a bid to improve WA’s third dose rate, currently at 37.6 per cent.

It will reopen on Thursday but with replacement teachers after isolation rules wiped out virtually all of the facility’s staff.

Education Minister Sue Ellery said the infected teacher had attended a professional development day on Friday with 55 other staff.

They will all be required to quarantine for 14 days, along with 27 children who shared a classroom with the teacher on Monday.

The children’s parents, and in some cases other household family members, will also have to isolate.

Ms Ellery had last week declared schools would be the “last to close” during WA’s Omicron outbreak, which grew by a further 17 local cases on Wednesday.

She defended the government’s policy settings, insisting there was a pool of about 4000 relief teachers ready to step in during future outbreaks.

“The particular circumstances here are that the whole of the teaching staff attended the professional development day on Friday. That doesn’t happen every day,” she told reporters.