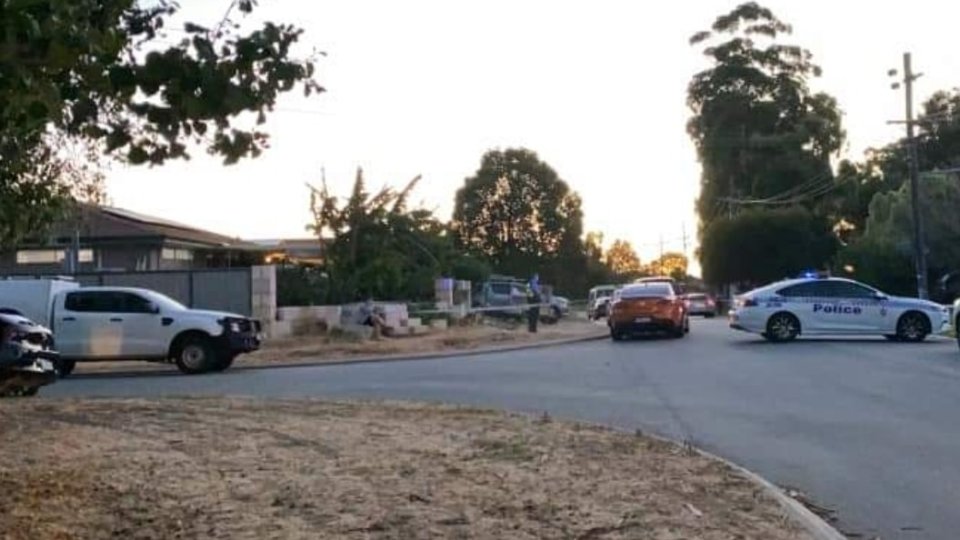 Police have taped off the street in the Perth suburb of Huntingdale. Photo: WA Incident Alerts Facebook

Police are investigating the deaths of three people whose bodies were discovered in a suburban home in Perth’s south-east.

Officers were called to the house on Essington Street, Huntingdale, by a family member who reportedly returned to the property about 6.30pm on Friday.

WA police have not released any details about the people inside the house.

Media are reporting the bodies are that of a father, son and daughter who were known to reside at that address.

The West Australian newspaper says the children were found in their beds.

A crime scene has been established and a large section of the street was taped off as dozens of officers swarmed the site into the night.

Further information is expected to be released on Saturday.

The Sydney Morning Herald reports that a neighbour on the street said it was a quiet road where everyone knew each other.

The family who lived at the house were a husband, wife, daughter and son who usually kept to themselves.

Police investigate the deaths of three people in a Perth home https://t.co/twC6FzsIgE

The newspaper said the father uploaded a video to Facebook in mid-December, speaking about his recent struggles with mental health.

“People who have known me well enough for long enough, I would feel quite certain they may not think of me as someone going through depression or being depressed … but I have recently been diagnosed with depression.

“I’m on medication which is helping, I would think, because the unpleasant signs of mental health issues or even depression is not only does it affect you, it affects the people around you.”