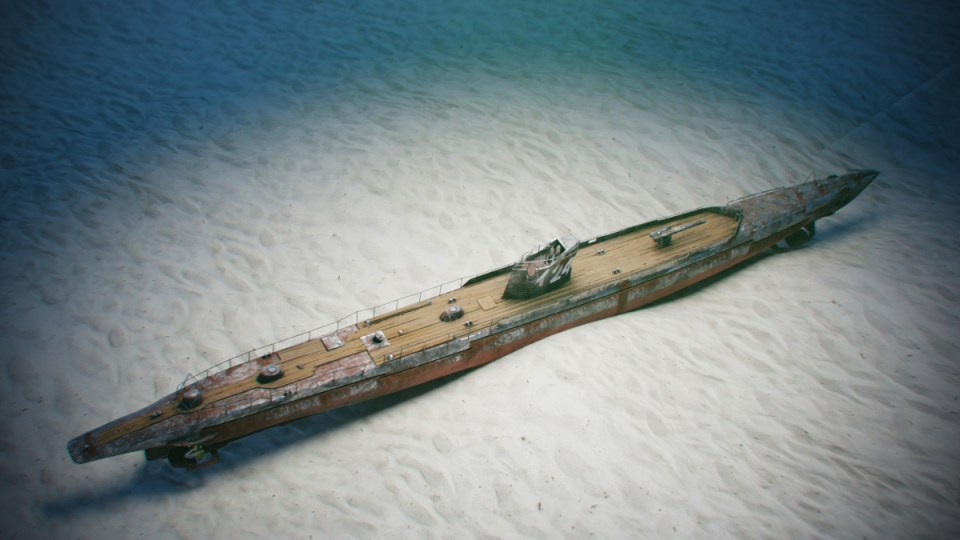 The wreckage of the I-124 submarine that sank with 80 crew aboard during a WWII battle near Darwin. Photo: NT government

The secrets of a wrecked Japanese submarine destroyed during a dramatic battle with the Royal Australian Navy off the Northern Territory coast 80 years ago can now be explored from the comfort of your living room.

The virtual reality experience has been launched to mark the anniversary of the sinking of the I-124 on January 20, 1942, one month before the Japanese bombed Darwin.

“The dive is an innovative and inclusive way to be able to explore the wreck of the submarine,” the NT’s Minister for Arts, Culture and Heritage Chansey Paech said on Thursday.

“Viewers will also gain a better understanding of the territory’s critical involvement in the defence of Australia during WWII.”

🚤Today marks 80 years since the first sinking of a Japanese submarine by an Australian ship during World War IIhttps://t.co/Dpr0OLsTVqhttps://t.co/oNd6culvxh

All 80 crew aboard the submarine died when the HMAS Deloraine detonated dozens of depth charges in a sustained attack near Darwin that sank the submarine.

It was the first Japanese warship sunk by the navy, and the crew went down with the submarine.

“The archaeological survey shows that the wreck is in good condition, but with some signs of degradation of the outer hull,” maritime archaeologist John McCarthy said.

I-124 was part of an Imperial Japanese Navy squadron that had been waging covert operations against Australia’s north, laying mines in waters near Darwin in a bid to intercept Allied vessels and close down the port.

#OTD in 1942, #HMASDeloraine assisted by her #AusNavy sister ships #HMASKatoomba & #HMASLithgow attacked & sunk the Japanese submarine I-124 north of Darwin. Marking the first enemy submarine sunk in 🇦🇺 waters & one of four minelaying submarines in the Japanese Navy. pic.twitter.com/jrh3W0OFzS

Another Japanese submarine unsuccessfully attacked a US oil tanker between Darwin and Bathurst Island in the hours before I-124 was sunk.

It prompted the navy to send HMAS Deloraine and two other corvettes, HMAS Lithgow and HMAS Katoomba, to the scene, whereupon I-124 fired a torpedo at Deloraine.

Deloraine returned fire with two volleys of depth charges causing I-124 to broach and expose her bow and periscope before listing to port and sinking.

The virtual dive experience is a digital reconstruction of the submarine based on a high-resolution sonar survey, historic ship plans and photographs.

Viewers do not need virtual reality goggles to access the voyage, which is available for free on You ube but the experience is enhanced with them.

The project is a collaboration between the NT government’s Heritage Branch, the Australian Institute of Marine Science and Dr McCarthy.

The wreck of I-124 is a war grave and protected by the Commonwealth Underwater Cultural Heritage Act 2018.

Kirstie Clements: The future of fashion is comfort, not whatever they’re wearing in Dune
‘In the name of God, go’: Johnson faces growing pressure from his own side to resign
Today's Stories