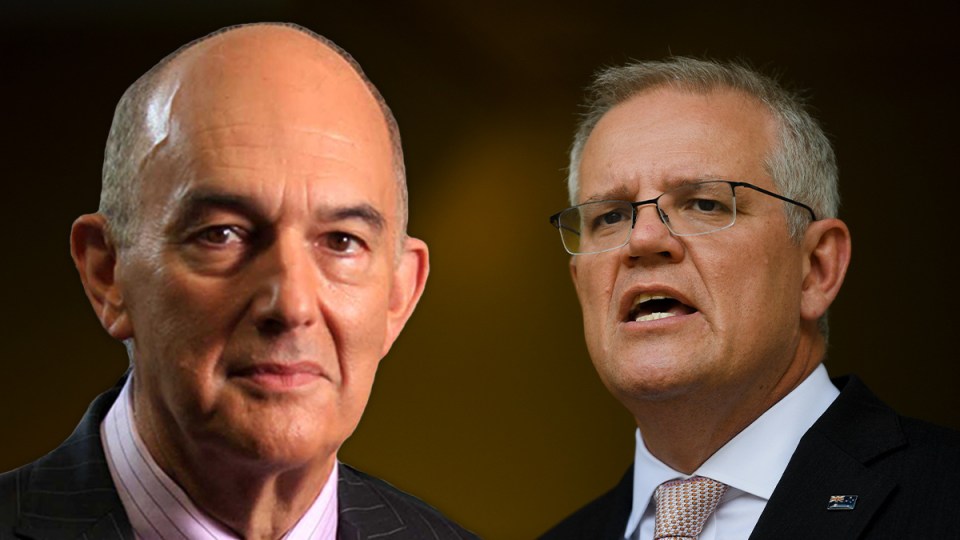 So much for the lazy, hazy days of summer giving the nation a break from our politicians and providing a reset for the bungling Morrison government.

Scott Morrison has scarcely been absent from our TV screens, where he frantically lays blame elsewhere and looks on the bright side of a very dark situation he had done little to adequately plan for.

The ill-considered and premature opening up of our domestic borders with a lifting of restrictions on mask wearing and social distancing has by any measure been a disaster.

Sure the states share the blame here, but they were urged on by the Prime Minister who shunned an effective national leadership.

The rising death toll and explosion in infections are a direct result of the failure to provide adequate safeguards to cope with these new “freedoms”.

Experts warned exceptionally high vaccination rates by world standards would not be enough.

Instead, we were given the mantra of “getting the government off people’s backs and out of their lives”.

It was a stark dereliction of a government’s public health responsibilities.

The failure to provide self-administered rapid antigen tests (RATs) as an essential tool in keeping the country functioning is a major contributor to the deep malaise we are now experiencing.

Empty supermarket shelves are the most eloquent witnesses to this reckless wishful thinking.

The situation has become so dire even Labor leader Anthony Albanese’s critics are giving him a serious second look.

One of the nation’s loudest conservative voices, Radio 2GB’s Ray Hadley, whose show goes throughout New South Wales and Queensland, had Albanese on his first program for the year to spell out what he would be doing differently.

“You plan ahead,” was Albanese’s immediate prescription.

Hadley offered strong endorsement of Albanese’s commitment to free RATs, citing the experience of a mate in the UK who gets as many as he wants from the National Health Service, which are used before he and his wife have dinner with family.

He told the radio presenter: “We all take one to make sure we’re OK.”

Hadley said his conversation with his friend was back in September but when he brought it up with the NSW and federal health ministers “it was like I was coming from outer space”.

Scott Morrison sounded like he was from another planet in an interview he gave to the Sydney Morning Herald on the weekend.

He believed he was on track to win the next election. He knew “all the things I have to do. I know what the path looks like. And I’m walking it”.

Research released by the Australia Institute would suggest he is on the wrong track when it comes to RAT kits and management of the pandemic.

The survey taken late last week found 72 per cent of Australians believe the government should provide the tests to everyone free of charge.

This includes 66 per cent of Coalition voters.

More than half (53 per cent) of Australians believe that governments failed to plan adequately over the past two years and the problems could have been avoided.

Coalition MPs are fearful this attitude has become entrenched, and voters’ anger will not abate quickly or easily.

One says he can’t see how the Prime Minister could call an election soon after Australia Day, “more like the end of May as late as he can”.

And that despite some Sydney Liberal MPs hearing that there is research showing Morrison’s approval leapt six points on the government’s decision to boot out the unvaccinated tennis star, Novak Djokovic.

According to the Sun Herald poll on Sunday, 70 per cent of Australians supported the move.

The suspicion is the government was taking its own soundings before it belatedly acted.

Morrison is now trying to conflate the expulsion of Djokovic with John Howard’s “courageous” demonising of hapless refugees as an invading army.

Like the former prime minister, this one is keeping our borders safe from this Serb raider.

The absurdity of the comparison made cruel irony by the fact the tennis ace was detained in the same hotel where refugees have been holed up for years with no prospect of being offered the protection Australia signed up to under the relevant UN Convention.

Rather than being a vindication of resolute border protection, Labor’s Kristina Keneally says the Djokovic saga was a bungled, international embarrassment caused by the granting of a visa on November 18 and the government failing to act for 60 days.

The Prime Minister is now claiming no visa was ever issued, which begs the question how Djokovic had one that allowed him to board the plane in the first place.

Over the summer the PM and his government have suffered potentially fatal blows to their reputation for competence and credibility.

The Djokovic imbroglio, far from being a distraction from its other failures, merely adds to the list.

Paul Bongiorno Scott Morrison summer of our discontent
Follow Us