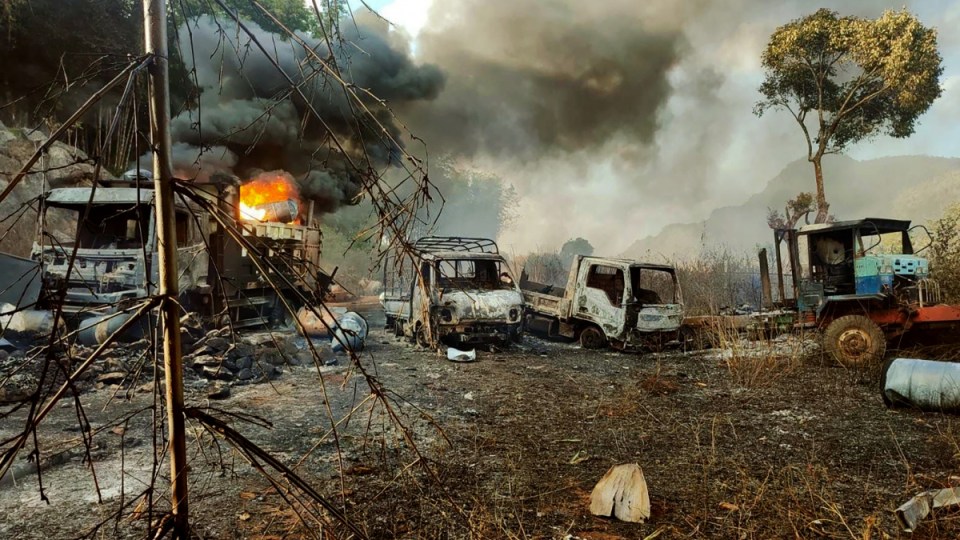 Aid group Save the Children says it is suspending operations in Myanmar’s strife-torn Kayah state after two staff members went missing in an attack that left at least 30 people dead, including women and children, with many bodies burnt.

The two staff were travelling to their home villages for the year-end holidays when they were caught up in the violence in the eastern state, Save the Children said in a statement late on Saturday.

“We have confirmation that their private vehicle was attacked and burned out,” the statement said.

Opposition groups on Saturday blamed the military, which seized power from a civilian government in February, for the carnage on Friday near Mo So village of Hpruso town.

This is a devastating incident for all of us. Our staff in Myanmar are dedicated humanitarians, supporting millions of children in need across the country.

— Save the Children International (@save_children) December 25, 2021

Junta spokesman General Zaw Mun Tun did not answer his telephone on Sunday.

Reuters could not independently verify Saturday’s accounts of the attack from a local resident, media reports and a local human rights group.

State media reported army troops had fired on and killed an unspecified number of “terrorists with weapons” from armed opposition forces fighting the military government.

A villager told Reuters on Saturday that he had seen 32 bodies, while Save the Children said at least 38 people were killed.

The London-based charity said it had suspended operations in Kayah and parts of neighbouring Karen state and in the Magway region.

“We are horrified at the violence carried out against innocent civilians and our staff, who are dedicated humanitarians, supporting millions of children in need across Myanmar,” said Save the Children’s chief executive, Inger Ashing.

Myanmar has been in turmoil since the military on February 1 overthrew the elected government of Nobel Prize laureate Aung San Suu Kyi, who has been sentenced to four years’ detention and faces multiple other criminal charges.

At least 1375 people have been killed and more than 8000 jailed in crackdowns on protests and armed opposition since the coup, according to a tally of the Association for Assistance of Political Prisoners.

The military government disputes those numbers and says soldiers have also been killed in clashes.

Michael Pascoe: The Liberals face being engulfed by a rising tide of independents
Merry Christmas 2021 from The New Daily
Today's Stories

Save the Children staff missing after deadly Myanmar attack