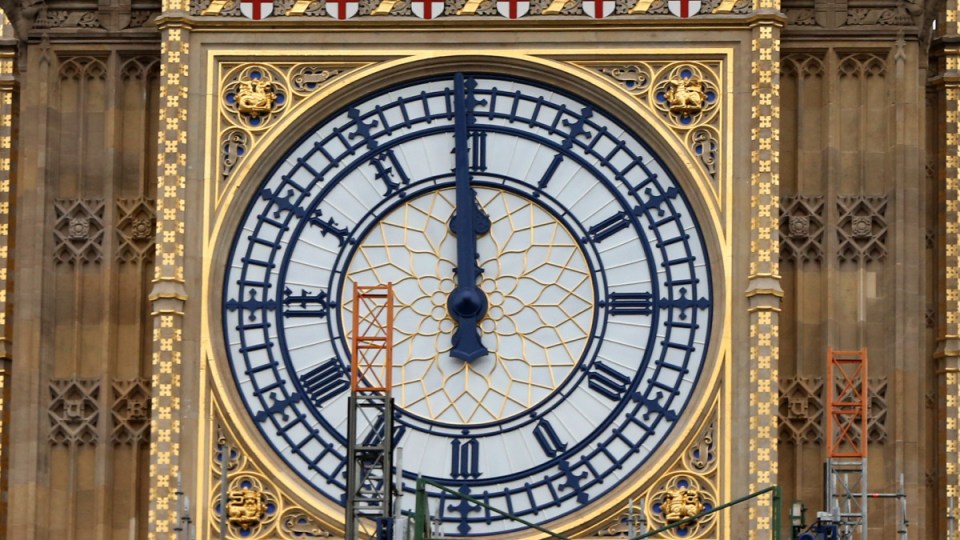 London’s Big Ben will bong on New Year’s Eve, with all faces of the Houses of Parliament’s famous clock tower on display for the first time in four years.

The bell will be struck 12 times to mark the start of 2022, as a project to restore the Palace of Westminster’s Elizabeth Tower nears its end.

In the days running up to December 31 the bell will be heard chiming, as engineers test it ahead of the celebrations.

Ian Westworth, one of Parliament’s team of clock mechanics who will be making sure Big Ben strikes on New Year’s Eve, said: “It’s iconic – it’s probably the world’s most famous clock, and to have had our hands on every single nut and bolt is a huge privilege.”

“It’s going to be quite emotional when it’s all over. There will be sadness that the project has finished, but happiness that we have got it back and everything’s up and running again.”

The chimes on December 31 will also be the final occasion that Big Ben will be struck using a temporary mechanism.

From spring, Big Ben and the four quarter bells will once again sound out the famous Westminster Quarters melody and resonant bongs throughout the day – the first time they have done so since the restoration began in 2017.

Over the past four years, the Elizabeth Tower and the clockwork and bell mechanism within it have undergone the biggest repair and conservation project in its 160-year history.

The tower, to the northern end of the Houses of Parliament, which is also known as Big Ben after the bell inside, has been covered in scaffolding for most of the past four years.

As the scaffolding has been removed in recent months, a view of the clock face’s restored original paint colour has emerged.

When black paint was stripped away from the dials during repair work earlier this year, it was discovered that it was originally painted in a dark blue hue known as Prussian blue.

The clock was designed and installed in 1859, with the aim of creating the most accurate public timepiece in the world.