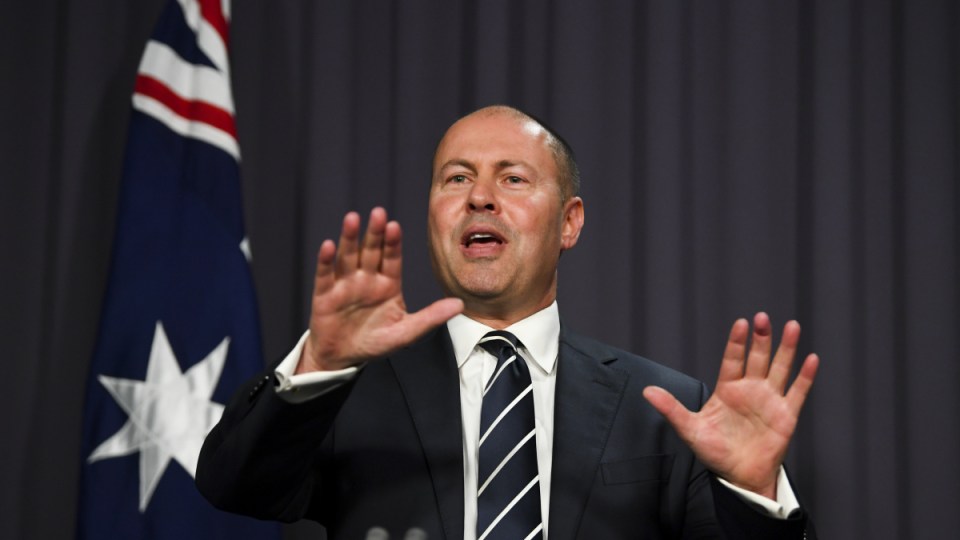 Hours after a newspaper exposé shone another light on the Coalition government shamelessly funnelling discretionary grants to electorates it holds or wants to win, Labor leader Anthony Albanese warned of a “frenzy” of skewed spending before next year’s election.

He probably didn’t expect that less than 24 hours later, his prediction would be starkly laid out in black-and-white line items on Treasury papers.

Buried deep in the Mid-Year Economic and Fiscal Outlook (MYEFO), past the rosy projections of jobs growth and deficit reduction, beyond the optimistic claim that Omicron won’t derail Australia’s recovery, is a single line of numbers, potentially setting up an avalanche of taxpayer-funded but secret election sweeteners that Prime Minister Scott Morrison will wheel out over coming months.

Because while much of the focus is rightly on the numbers that are in the budget update, a few items that aren’t in there will potentially say more about how the next few months of electioneering will run.

At the bottom of page 202 of MYEFO, Treasurer Josh Frydenberg and Finance Minister Simon Birmingham note $16.123 billion in spending on “decisions taken but not yet announced and not for publication”.

In plain speak, it’s a mashup of two different reasons that a government might not detail exactly what it’s spending.

“Not for publication” refers to items that the government has, for sensible and understandable reasons, not released publicly; usually due to commercial sensitivities around contracts, this “nfp” category was applied to spending on vaccines and quarantine centres.

The second one is the more interesting though – decisions “taken not yet announced” – essentially boiling down to election spending promises the government has already signed off on, has baked into the budget, but decided not yet to publicise.

Presumably, so they can instead be announced with much fanfare before the federal election.

The two categories include $5.579 billion in spending in the 2021-22 year alone, and a total of $16 billion between now and 2025. The decisions that are “not yet announced” would likely be announced in the lead up to the 2022 election, timed for maximum electoral impact.

Strangely, the MYEFO papers – despite running to a hefty 346 pages – do not separate the two types of mystery spending, only lumping them together in one line, so it is impossible to say how much was allocated to the election war chest and how much to the standard commercial sensitivities.

Treasury officials, wandering the halls of Parliament House’s press gallery after journalists began asking questions about the numbers, claimed the split was about half for each category.

But asked multiple, direct questions about the split in a press conference, neither Mr Frydenberg nor Senator Birmingham gave that explanation, both claiming they were unable to break down the number any further.

Nine journalist David Crowe asked if it was a fund for a “secret spendathon”. Mr Frydenberg denied that claim, but did nothing to actually demonstrate how it was anything other than true.

He protested that the category also included extra “contingency” funding in case of announced decisions running over budget, calling it a “conservative” accounting strategy. Fair enough, regarding the “nfp” items, which might make up half of that $16 billion.

But the other half, the “not yet announced” decisions, is billions in public spending on election promises, and the taxpayer won’t actually be told what their tax dollars have funded until the Coalition thinks it’s politically expedient to do so.

“What we see from this government is rort after rort … we’ll see a frenzy in the lead up to the election campaign from this Prime Minister,” Mr Albanese claimed in Tasmania on Wednesday.

This is a vast improvement from the economic forecast in May’s budget, which is welcomed.

But over that same period, the Coalition government has squirrelled away $16.1 billion in public money on decisions it can’t, or doesn’t want to, tell the country about (yet).

Even if the figure is only half that, as claimed by Treasury officials, then the equivalent of nearly 15 per cent of Australia’s 2025 deficit is solely down to election promises.

Burying such blatantly political spending deep into a government document, at a time of eye-popping deficits and debt, is quite remarkable for a Prime Minister who claims to be so laser-focused on the budget bottom line (remember the days of “back in black”?) and who will spend the coming election campaign scaremongering about Labor debt.

Instead of using those billions of dollars in public funds to pay down the debt and tackle the deficit, the Coalition is instead socking it away in its election war chest, presumably to shower marginal electorates with campaign sweeteners.

“The $16 billion in unannounced measures is too small to offer any real changes to people’s lives, but more than enough to buy a bunch of car parks in seats the Liberals are desperate to win,” Greens leader Adam Bandt said.

“The only turnaround they’re planning for is a recovery in the polls.”

This is a week in which Mr Morrison literally laughed off questions about why his government had prioritised Coalition electorates for discretionary funding by a four-to-one ratio compared to Labor ones, and where the PM and his senior ministers chose to criticise journalists for “selective” quoting rather than address the serious questions at hand.

Mr Albanese countered by warning that, if Labor won the election, he would institute a national integrity commission with the power to examine Coalition grant spending.

On Thursday, before MYEFO was announced, he claimed the government had been “treating taxpayer funds as if they are Liberal and National Party funds”.

Mr Morrison, in Terrigal on Thursday, waved away continuing scrutiny over grants funding by telling voters “if they support our candidates, the commitments I make will be delivered”.

Expect this campaign to be defined by Labor turning the screws on spending – and the Coalition continuing to spend.