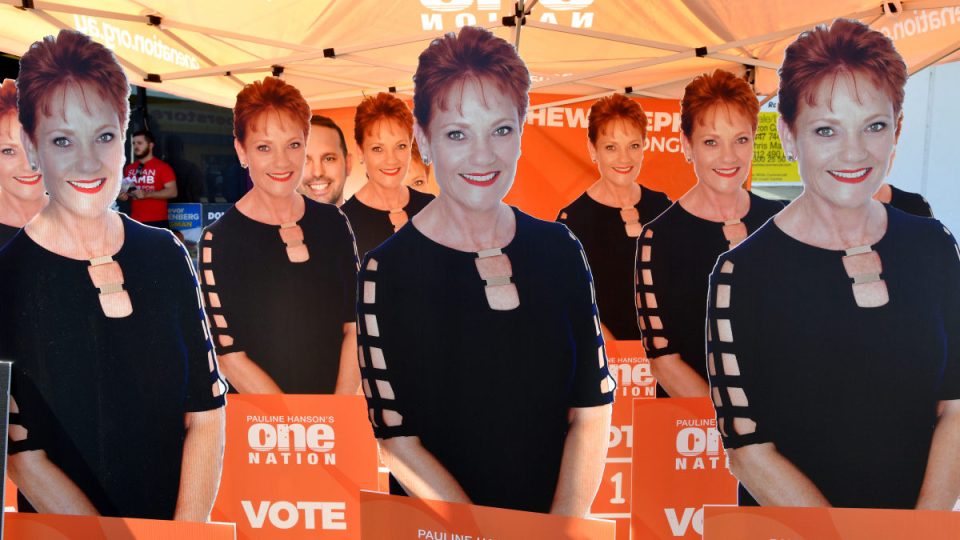 A senior member of Pauline Hanson's One Nation party has been charged with fraud. Photo: AAP

A man who is reportedly a senior member of Pauline Hanson’s One Nation party has been charged with four counts of fraud after a police investigation into election funding.

Queensland Police arrested the “financial administrator for a political party” after raids on his Hamilton home in Brisbane and an office at Holt Street, Eagle Farm on Wednesday morning.

Media have reported the 22-year-old is the party’s national executive treasurer Alex Jones.

Detectives from the Financial and Cyber Crime Group have charged a 22-year-old man with four counts of fraud following investigations into alleged fraudulent activity relating to election funding. https://t.co/C5XPIFIpGF pic.twitter.com/hZwwETnXQP

Detectives from the Crime and Intelligence Command’s Financial and Cyber Crime Group launched an investigation in January after a referral from the Electoral Commission of Queensland.

The man was charged with two counts of utter forged documents and one count each of attempted fraud and forgery.

He is set to appear in a Brisbane court on February 4.

Craig Bellamy to coach at Melbourne Storm next year

NSW out of drought after flooding rains