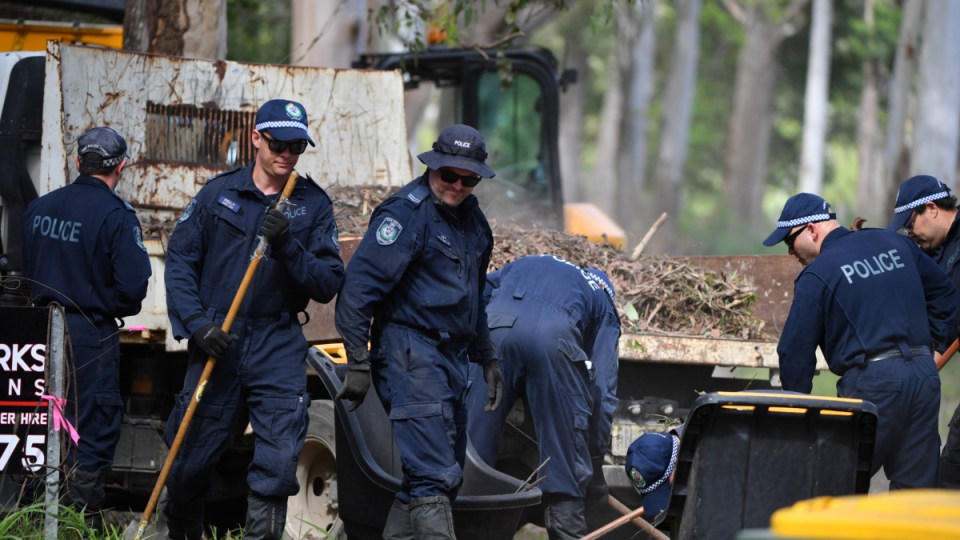 A highly publicised, month-long search for the remains of missing toddler William Tyrrell is set to conclude without any obvious breakthroughs.

Current inquiries and search operations in the mid-north coast town of Kendall will wrap up in the coming days, the NSW Police Force said in a statement on Tuesday afternoon .

The renewed search began on November 15, with investigators saying the aim was to find a body.

It came over seven years since three-year-old William – the boy in the Spiderman suit – went missing from his foster grandmother’s home in Kendall in 2014.

As the search winds down, police have not informed the public of any important finds.

However, the police statement said items seized during the search and a significant quantity of soil would be forensically examined.

As the search got under way, it emerged that police had narrowed their focus to one person of interest.

Former Police Commissioner Mick Fuller said last month there had been a significant breakthrough and he was confident police would solve the mystery of William’s fate.

Officers with Strike Force Rosann were investigating theories he may have fallen from a balcony at the property.

Police also revealed last month they had seized a Mazda that previously belonged to William’s foster grandmother, who has since died.

During the search, police dug up the garden at the Kendall property where she lived when he disappeared.

They examined a concrete slab laid after that time, drained a nearby creek and sifted through soil in bushland and around the home.

Heavy rainfall at times thwarted the probe, which brought in divers, mechanical diggers, and dozens of police.

Detectives will prepare a brief for the coroner investigating the boy’s disappearance since March 2019, while a police team will remain on site to “facilitate a repatriation” of the search area.

Investigators extended their gratitude to the NSW RFS, Salvation Army and the Kendall community for hospitality and assistance.

The foster mother, 56, and foster father, 54, each face one count of common assault, alleged to have occurred at a home on Sydney’s upper North Shore this year.