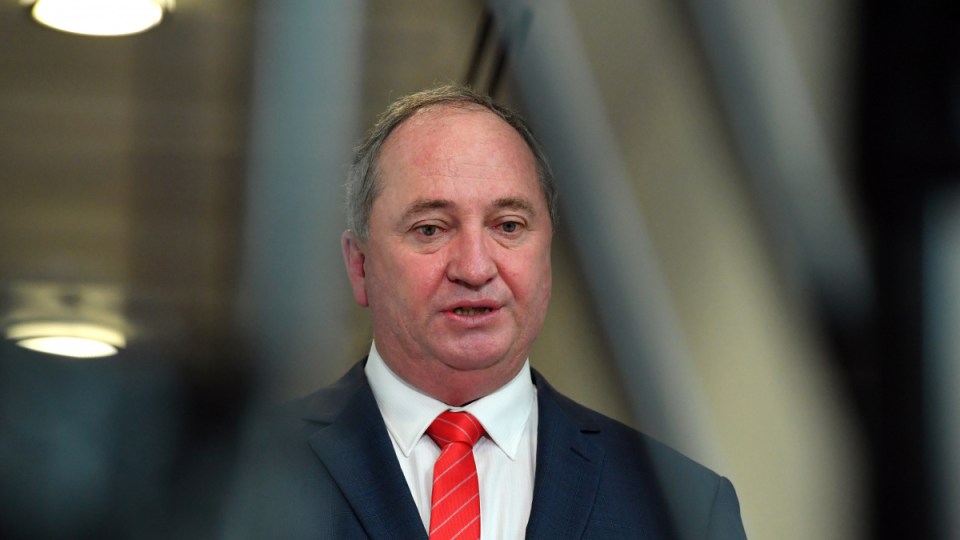 Deputy Prime Minister Barnaby Joyce has tested positive for COVID while in the US on a work trip.

In a statement early on Thursday (Wednesday afternoon in Washington DC), Mr Joyce’s office said he had experienced “mild symptoms and chose to get tested”.

He had arrived in Washington DC a day earlier, after visiting London, as part of a 10-day overseas trip.

“Remaining members of the delegation have tested negative. Mr Joyce will remain in isolation until further notice,” a spokesperson said in a statement posted on Twitter.

Mr Joyce said he was double-vaccinated against COVID.

Mr Joyce had travelled to London and the US capital to discuss reform of social media companies, as well as infrastructure and aviation, with foreign counterparts.

In an interview with Sky News on Thursday morning, Mr Joyce said he was feeling “a bit tired” but that his symptoms were likely “just starting”.

“I was just getting a bit tired and then I started getting … a couple of pains in the legs so thought I better get tested,” he told Sky News from quarantine on Thursday morning, Australian time.

“You really have to quiz yourself as to whether you need to be tested at all, because … it doesn’t scream at you.”

He said he had tested negative to COVID in daily tests while in Britain. Mr Joyce said he therefore believed he had picked up the virus in London.

“You wouldn’t know there was a pandemic on in these areas of the UK. People are just shoulder-to-shoulder,” he said.

He has cancelled all meetings, and will remain in isolation for at least 10 days. Mr Joyce told Sky he would not seek any special exemptions to leave quarantine or return to Australia.

He later told the ABC that he “probably won’t be home for Christmas” – and the rest of the delegation might leave the US without him.

“I’m really happy all my staff are negative, so they can do what they like. If they wish to go home then they are most welcome to,” he said.

“‘There is no compulsion at all for anybody to stay.”

It had been reported that Mr Joyce would meet Republican senator Ted Cruz and others while in the US.

Australia’s high commissioner to Britain, George Brandis, shared photos of himself shaking hands with Mr Joyce in London over the weekend.

He said he didn’t know what strain of the virus he had.

“I hope that in the future, rather than being isolated, this is like the flu. You get it, you go home and you manage it yourself,” Mr Joyce said.

“I’m not dying here. ‘I’m feeling like I have a slight-to-mild flu.”

Prime Minister Scott Morrison, who has been in touch with Mr Joyce, said it highlighted the importance of getting the jab.

“He (Mr Joyce) tells me he’s feeling all right, apart from the mild illness, and he has been vaccinated,” Mr Morrison said in Victoria.

“Vaccinations do have an impact on the seriousness of the disease and that’s why it’s so important to get vaccinated. It’s another important reminder and why the booster is also so important.”

“I wish him, and anyone who tests positive for COVID, well,” he said.

“I’m sure that he will take appropriate action in terms of isolating.”

“He’s isolating in the US until it’s safe for him to come home and we wish him all the best for his recovery,” Mr Littleproud tweeted.

Barnaby Joyce tests positive for COVID on US trip