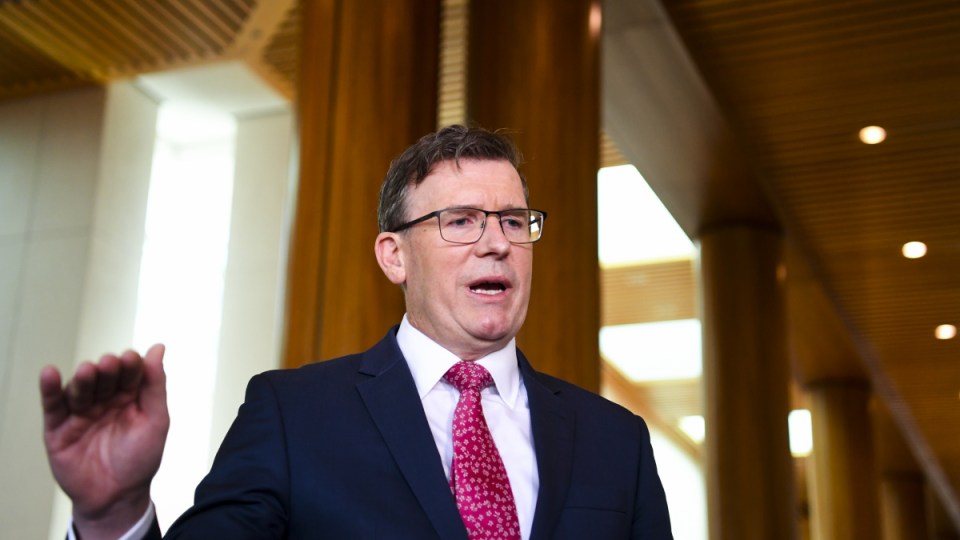 Alan Tudge will stand aside as Education Minister while claims of emotional and physical abuse by a former staffer are investigated, Prime Minister Scott Morrison says, labelling the accusations “deeply distressing”.

Mr Tudge’s office has denied the allegations, saying the Minister “completely and utterly” rejected Thursday’s claims from Rachelle Miller, his former media adviser. He will take a “period of leave” until Christmas.

But Ms Miller, who had a consensual affair with Mr Tudge, alleged their relationship was “emotionally, and on one occasion, physically, abusive”.

She recounted what she described as “bullying, intimidation, harassment” during long hours and work trips with Mr Tudge, which she said “completely destroyed my confidence in my own ability”.

In question time on Thursday, Mr Morrison said he had spoken to Mr Tudge about the allegations, which the Education Minister denied.

“Given the seriousness of the claims made by Ms Miller, it’s important these matters be resolved fairly and expeditiously. To this end, the minister has agreed to my request to stand aside while these issues are addressed by my department,” Mr Morrison said.

He said the Department of Prime Minister & Cabinet would undertake an “independent and fair process”, steered by former senior public servant Vivian Thom.

“This will enable my department to provide me with any further advice regarding any implications for the ministerial standards,” Mr Morrison said.

Mr Tudge will stand aside as Education Minister during this process.

The announcement came hours after Ms Miller, who previously aired allegations of her affair with Mr Tudge in a 2020 report on Four Corners, made further explosive allegations about what she called “bullying” and “harassment” at work. She called on Mr Morrison to “hold his ministers to account for their unacceptable behaviour”.

“I was breaking down in tears regularly. I wanted to complain. I needed support. But I knew there was none. If I complained, I would get sacked. I had seen it happen,” Ms Miller said.

In a short statement via his office, Mr Tudge flatly denied her account.

“I completely and utterly reject Ms Miller’s version of events,” Mr Tudge said in a statement to TND.

“Ms Miller and I had a consensual affair in 2017, as both of us have publicly acknowledged. This is something I deeply regret.”

In a later statement to TND, Mr Tudge described Ms Miller as “a good Media Adviser” and said he had “sought to get her promoted”.

“I have accepted responsibility for a consensual affair that should not have happened many years ago. But Ms Miller’s allegations are wrong, did not happen and are contradicted by her own written words to me,” he said.

“I regret having to say these things. I do not wish Ms Miller ill but I have to defend myself in light of these allegations, which I reject.”

Mr Tudge said he would “co-operate in every way” with the investigation, but plans to take leave until the end of the year, citing “the immense personal impact of such claims”.

In one specific allegation – during a work trip to Kalgoorlie, Western Australia – Ms Miller claimed Mr Tudge yelled at and kicked her as they were both in bed, after her phone rang early in the morning.

“Then I felt someone kicking the side of my hip and leg as I tried to sit up in the bed. It was the minister. He was furious, telling me to ‘get the f–k out of his bed’,” she said.

“He continued to kick me until I fell off the side of the bed and ended up on the floor. I searched around in the dark for my clothes. He was yelling at me that my phone had woken him up. He needed to get more sleep. He told me to ‘get the f–k out of his room and make sure that no one saw me’.”

Minister to stand aside after ex-staffer’s ‘abuse’ allegations