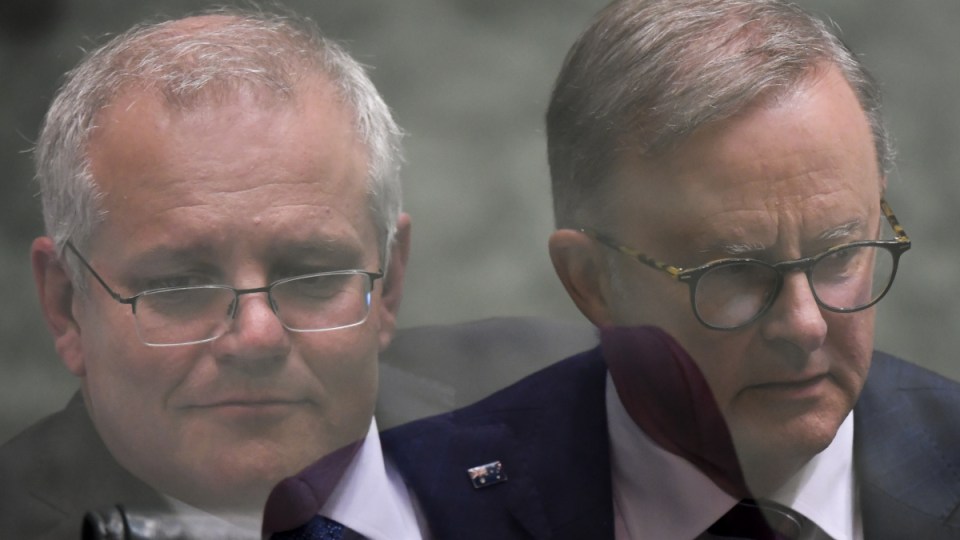 Scott Morrison has Anthony Albanese in his sights. Photo: AAP

Canberra’s favourite game of election timing speculation heated up on Monday, with Scott Morrison hinting towards a date in May.

That plan would see him go to the polls at the last possible minute but barely schedule any Parliament sittings.

It prompted outrage from Labor that the government was “allergic to public scrutiny”, with potentially just seven more days of regular Parliament between the end of this week and election day.

“The election is due in the third week of May,” the Prime Minister told Nine’s Today on Monday.

But while that is the final date for an election, Mr Morrison has the prerogative as PM to call an election any time he sees fit.

Another piece of the political puzzle fell into place on Monday, as the government released its draft schedule for parliamentary sitting weeks in 2022.

The plan would see politicians return to Parliament House for seven sitting days in early February, before a five-week break ahead of a March 29 federal budget – a historically early date for the financial statement, which is usually delivered in early May.

Budget week would be just three days of sitting. It means just three weeks of sitting in February and March in 2022, compared to five weeks in the same period in 2021.

The draft calendar has another solitary sitting week scheduled for mid-April – but with the election due by May 21 at the very latest, and a five-week campaign etched into the law, that April sitting week could potentially be scrapped.

As Labor MP Tony Burke railed in the House of Representatives when the schedule was tabled on Monday afternoon, the timing of final declarations and poll results from a May election means Parliament would then be unlikely to sit again until potentially August, under the government’s plan.

“This is effectively a sitting calendar designed for a Parliament that doesn’t meet and meets as rarely as possible between now and the next election,” Mr Burke claimed.

“Ten days when the Parliament will sit over all of that time, from the end of this week, through to the 9th of August next year.”

With the three days of March’s sitting consumed almost entirely by the budget, it could mean just as few as seven regular sitting days in the next 250 days, after Parliament’s final sitting week for 2021 ends on Thursday.

“This is a calendar for a government that wants to hide from scrutiny,” Mr Burke claimed.

It follows a torrid last week for the Morrison government, with seven backbenchers crossing the floor to vote against the government on various matters.

Most prominently, Liberal MP Bridget Archer sensationally defied the government’s position on an integrity commission, not only backing a bill from independent Helen Haines but even seconding the call for Parliament to debate it.

With other Coalition MPs openly splitting on provisions in the voter ID and religious discrimination bills, many pundits had questioned whether Mr Morrison would even want Parliament to return next year before the election, so as to avoid opportunities for more public division.

Speaking on Sky News on Monday, Labor deputy leader Richard Marles claimed the sitting calendar was a sign of “how concerned they are about their own divisions that they are not wanting to gather people in their own party room in Canberra”.

A March poll has been floated as an option for some time, even as Mr Morrison stressed an election was “due” in May, but speculation grew last week that recent chaos could encourage that timetable to be moved up.

Mr Morrison said in October that “there will be a budget next year, is our intention”.

Assuming the government sticks to that, it would rule out a March election, essentially leaving only May as an option for a poll.

April is not seen as a likely month for an election, due to overlapping school and public holidays through Easter.

Mr Morrison has repeatedly described himself as a “full-termer”, hosing down speculation of an early poll, while Labor leader Anthony Albanese has previously claimed the government calling an early election would be an admission that they fear worsening economic or health outcomes in 2022 after the COVID pandemic.

Adding up all those pieces, Monday’s sitting calendar hints most likely toward an election on May 14 or 21, the very last days legally available to the PM.

Such a scenario would be a carbon copy of 2019, when Mr Morrison called an early budget before a May poll.

Some in Labor see this play as an attempt to recreate the exact circumstances that delivered the Coalition what the PM called a “miracle” win.

But as Labor points out, the sitting schedule is merely a draft and can be changed at will by the government.

It means none of this speculation is set in stone, and could be shifted at any moment.

On Monday morning, Mr Morrison complained about “all sorts of political games and theatre that goes on” and unnamed opponents who “will play the political games down here in Canberra”.

With the release of the sitting calendar, the government has only added to the theatre and games.