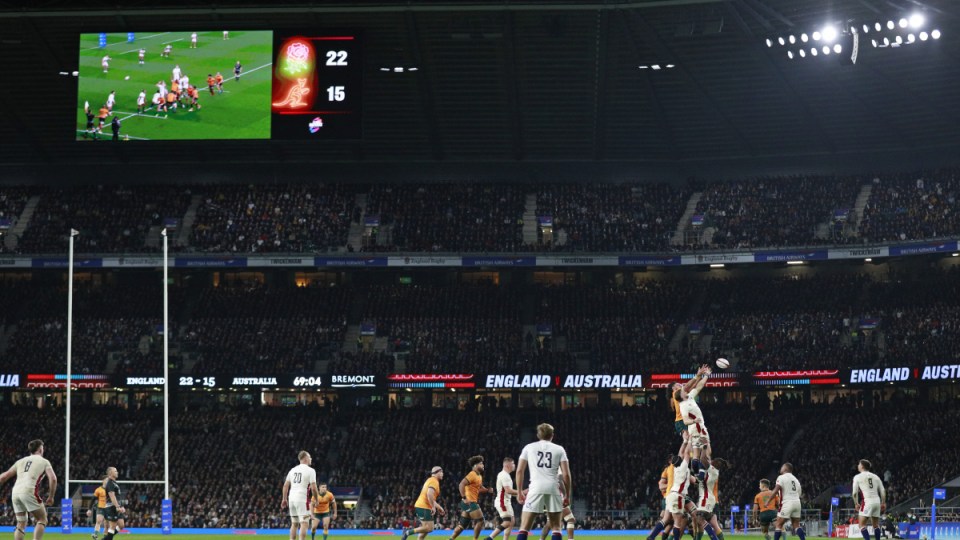 Three Wallabies players are reportedly among six confirmed coronavirus cases that forced the abandonment of the Barbarians rugby international against Samoa.

The Barbarians, coached by Dave Rennie and featuring 11 Wallabies, were due to meet Samoa at Twickenham in London.

But the match was called off just 90 minutes before kick-off on Sunday morning AEDT because of the outbreak in the Baa-Baas’ squad.

They didn't get to play because of Covid in the Barbarians camp, but Samoa still issued their cultural challenge…#bbcrugby

A report said the Australians affected are all players and they are in isolation.

The Rugby Football Union (RFU) said in a statement that four players and two members of staff had tested positive for COVID-19.

The Barbarians said on Twitter that all their players “are absolutely devastated they were unable to play today”.

The Barbarians said that they had 23 players who tested negative on Saturday morning and that they had been “ready and keen to take to the pitch against Samoa”.

Rennie, who was given a written warning by World Rugby for his outburst about officials after the Wales Test defeat last weekend and had apologised for his comments, had been looking forward to the honour of leading the game’s most celebrated international invitation team.

“Every one of these guys are honoured to become Barbarians and there’s already a real sense of excitement and anticipation,” he had said on Monday.

“We have brought a diverse range of countries and cultures together and it’s going to make for an exceptional week.”

The game was to be the swan song for former Ireland fullback Rob Kearney and also the last for Samoa for lock Joe Tekori, who said his e already dressed for the game when news arrived that it was cancelled.

“I know its my last game for my country. It’s sad for me. I don’t want to end like this,” an emotional Tekori told the BBC.

The Barbarians put on a show today at Twickenham – in front of a record-breaking audience for women's international rugby.

Despite a last-minute change to the start time, the Barbarians still managed to win 10 tries in total against the Springboks.

The Barbarians Women’s side were able to play, though, and defeated a Springbok Women’s XV 60-5 in front of a world record crowd at Twickenham.

The match kicked off after the men’s match was called off.