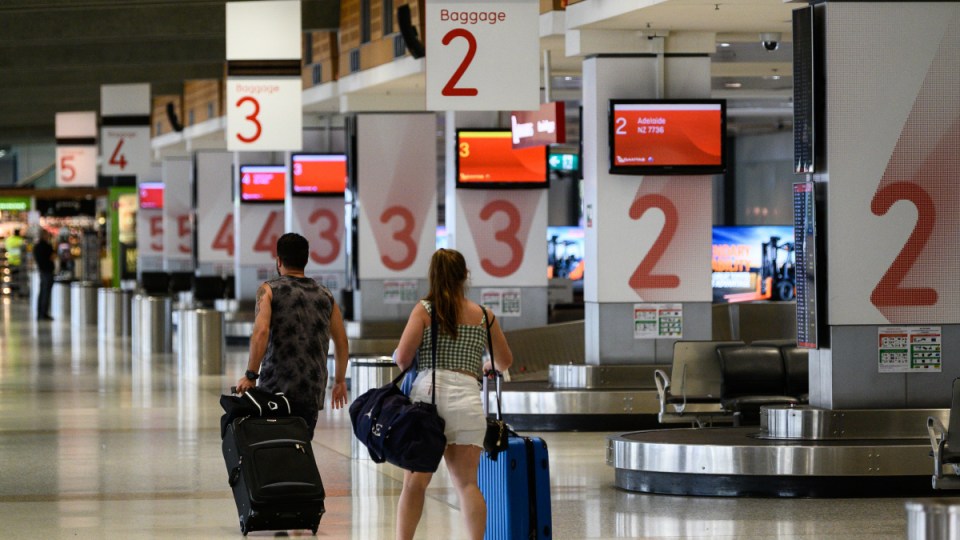 The Omicron COVID-19 variant has been found in two overseas travellers who arrived in Sydney. Photo: AAP

Genomic testing has confirmed two overseas travellers who arrived in Sydney from southern Africa have been infected with the new Omicron COVID-19 variant.

Both passengers arrived on Saturday night and are in isolation in the Special Health Accommodation.

Both are fully vaccinated.

The two passengers were among 14 people from southern Africa who arrived on Qatar Airways QR908, Doha to Sydney, with the remaining 12 undertaking 14 days of hotel quarantine.

The confirmation follows a warning by the NSW Premier that the pandemic is not over after the two confirmed cases tested positive on arrival.

Some 29 people who had been in one of the nine southern African countries subject to elevated restrictions touched down in Sydney across two flights on Saturday evening.

They have all been sent to hotel quarantine.

All passengers on the Qatar Airways flight are now classified as close contacts and must isolate for 14 days, even if they haven’t been in southern Africa.

Premier Dominic Perrottet says it’s a reminder that the pandemic is not over, and described his approach as precautionary.

However, he cautioned that it must be expected that the variant will spread throughout the world.

Although he’s ordered all international arrivals to quarantine at home for 72 hours, Mr Perrottet insisted the NSW international and state borders would remain open.

“We can’t be a hermit kingdom on the other side of the world,” he said.

“There’s only so much governments can do. The best thing we can do as a people is to get vaccinated, get a booster shot, and that will keep you and your family safe.”

The three-day quarantine order is on top of a federal government requirement for travellers to enter quarantine for two weeks if they’ve been in South Africa, Lesotho, Botswana, Zimbabwe, Mozambique, Namibia, Eswatini, Malawi or the Seychelles within the past 14 days.

There are no plans to adjust the state’s reopening roadmap, Mr Perrottet said, so restrictions will still ease for the unvaccinated on December 15.

Health Minister Brad Hazzard said not much is known about the new strain, though it may be more transmissible than Delta.

In particular, the effectiveness of current vaccines against Omicron is still being established, he said.

Anyone already in NSW who has been in the nine southern African countries within the previous 14 days must immediately be tested, isolate for 14 days and contact NSW Health.

Meanwhile, the state added 185 new infections to its caseload on Sunday.

For the fourth consecutive day, no new deaths were reported.

NSW hospitals continue to treat 165 patients, nine fewer than the previous day. Twenty four are in intensive care units, 21 of whom are unvaccinated, and nine are ventilated.

Testers processed more than 54,000 results in the 24 hours to 8pm on Saturday.

NSW is 94.5 per cent single-dosed for everyone 16 and over, while 92.4 per cent are fully vaccinated.