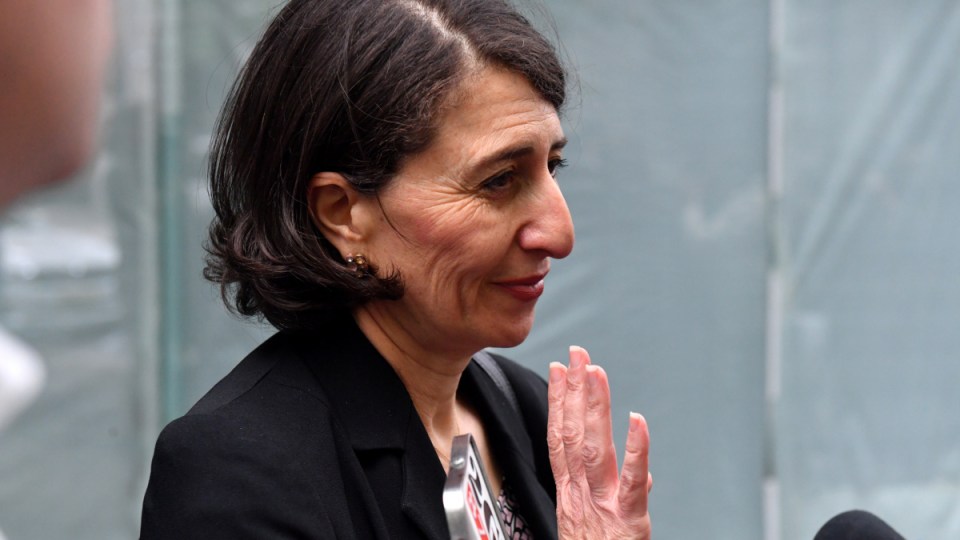 The Coalition has seemingly offered a political lifeline to embattled former NSW Premier Gladys Berejiklian, with Treasurer Josh Frydenberg declaring she would be “most welcome” to run as a federal Liberal candidate.

It came after Prime Minister Scott Morrison launched a fiery defence of Ms Berejiklian during question time on Thursday, over what he described as a “shameful” NSW Independent Commission Against Corruption investigation into her secret relationship with a now disgraced ex-MP.

On Friday morning, Mr Frydenberg told Sky News he hoped Ms Berejiklian’s political career wasn’t over, after repeated rumours the Coalition was considering drafting her for the northern Sydney seat of Warringah.

“She would be most welcome in federal politics,” Mr Frydenberg said.

“I think she’s a wonderful leader, an incredible politician and is a good person to boot.

“I have a very positive and constructive relationship with her, but they will be decisions she will need to make in her own time.”

Ms Berejiklian quit as NSW premier in October after the ICAC announced it was investigating whether she breached public trust in awarding grants to community organisations between 2012 and 2018.

At the time, Ms Berejiklian was in a secret relationship with then-MP Daryl Maguire, who allegedly influenced her decisions to award the grants.

On Thursday, Mr Morrison described the watchdog’s probe as a “kangaroo court”, arguing a long-awaited federal integrity body should not be based on the NSW model.

“What was done to Gladys Berejiklian, the people of NSW know, was an absolute disgrace,” he told parliament.

“I’m not going to allow that sort of a process, which seeks to publicly humiliate people on matters that have nothing to do with the issues before such a commission, to see those powers abused and to seek to traduce the integrity of people like Gladys Berejiklian.”

The Prime Minister doubled-down on Friday morning, telling ABC Radio Adelaide that the NSW commission was flawed because it could investigate “vexatious” allegations.

“You’ve had an outstanding premier in Gladys Berejiklian investigated in terms of who her boyfriend is – that’s not examining criminal corruption,” Mr Morrison said.

“What we’ve put forward is one (integrity body proposal) that actually does provide sufficient procedural fairness.”

The Coalition faces mounting backlash from within and outside its ranks over delays introducing legislation to establish a federal ICAC, which was a 2019 election promise. But its proposal is unlikely to pass parliament.

Labor and the crossbench argue the government’s proposal would protect politicians from corruption investigations into scandals such as the sports rorts.

The split helped Ms Haines win majority support, but her motion was ultimately unsuccessful, because it did not reach an absolute majority of the 151-seat House.