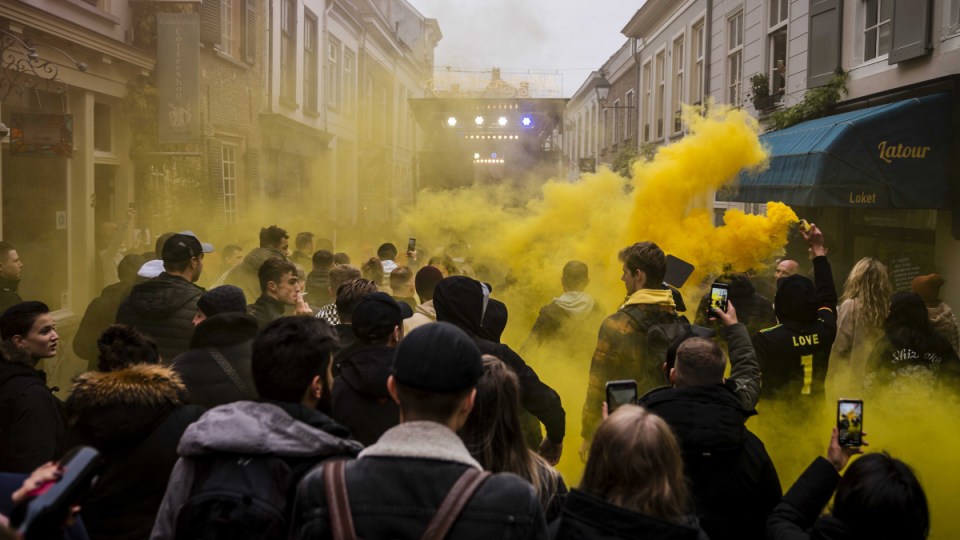 At least 28 people were detained and five police officers hurt in further unrest in the Netherlands. Photo: EPA

Five police officers have been injured in the Netherlands and at least 28 people detained as violent protests against COVID-19 restrictions continued for a second night.

Dutch authorities used water cannons, dogs and mounted police to stop rioting youths who set fires and threw fireworks in the worst disturbances since a full lockdown led to widespread disorder and more than 500 arrests in January.

Three people believed to be hit by police bullets remained in hospital on Sunday, a statement by the authorities said.

The protests were sparked by opposition to government plans to restrict use of a national corona pass to people who have either recovered from COVID-19 or have been vaccinated, excluding those with a negative test result.

The Netherlands reimposed some lockdown measures on its 17.5 million population last weekend for an initial three weeks in an effort to slow a resurgence of the virus, but daily infections have remained at their highest levels since the start of the pandemic.

Youths were also angered by a New Year’s Eve firework ban to avoid added pressure on hospitals that have already been forced to scale back care due to a surge in COVID-19 patients.

Some of the most serious confrontations on Saturday night were in The Hague, where five officers were hurt, one of them seriously, a police statement said.

Police carried out charges on horseback and arrested seven people, one of them for throwing a rock through the windshield of a passing ambulance.

Eight people were detained in the town of Urk, where a COVID-19 testing station was torched earlier this year.

Kirstie Clements: Want to be a granfluencer on your next cruise? Try these ten chic tips
As Australia opens up, here’s what we can learn from the rest of the world
Today's Stories