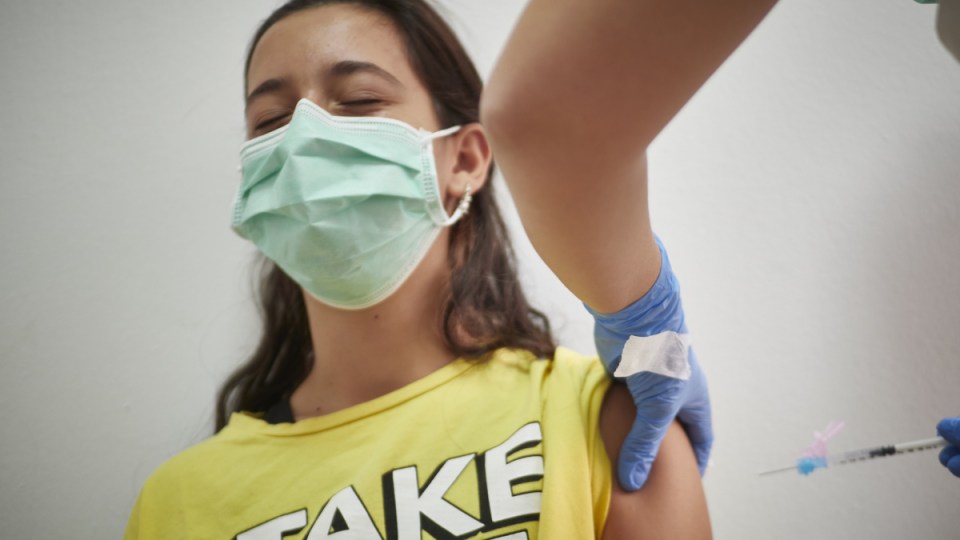 Tasmania will offer a prize draw to incentivise teenagers to get the jab. Photo: Getty

Tasmanian teenagers have been offered a raft of prizes, including Apple products, as an incentive to get vaccinated against COVID-19.

Premier Peter Gutwein said the state will kick off a five-day vaccination blitz on Saturday, in attempts to ramp up a lagging rate of uptake among youngsters.

“If you’re aged 12 to 18 and have had a first or second dose of the vaccine by the 24th you will be in a draw with a chance to win an iPad and iPhone or an Apple watch,” Mr Gutwein said on Friday.

The state government is aiming for 90 per cent of the population aged over 12 to be fully vaccinated by December 15, when it will open borders to all vaccinated travellers.

Mr Gutwein has warned Tasmania’s overall vaccination rate has been slowing, with the island state looking to only just reach that target.

“We’ve had many conversations about what we can do to pick the vaccination rate up,” he said.

“Where I don’t want to be on December 16 is looking back and saying, ‘Gee, I wish that we done a little bit more’.”

Mr Gutwein said 50 prizes would be offered as part of the draw.

More than 84 per cent of Tasmanians over 16 are fully vaccinated, while 92 per cent have had one dose.

Mr Gutwein also announced the state would lift restrictions on dancing and standing drinking on December 6, provided patrons at the venues were fully vaccinated.

On December 15, Tasmania will open to all travellers, provided they’ve had a negative virus test in the 72 hours before arriving.

The state is closed to NSW, Victoria, the ACT, plus hotspot areas in Queensland and the Northern Territory.

Tasmania offers iPads and other vaccine prizes for young people