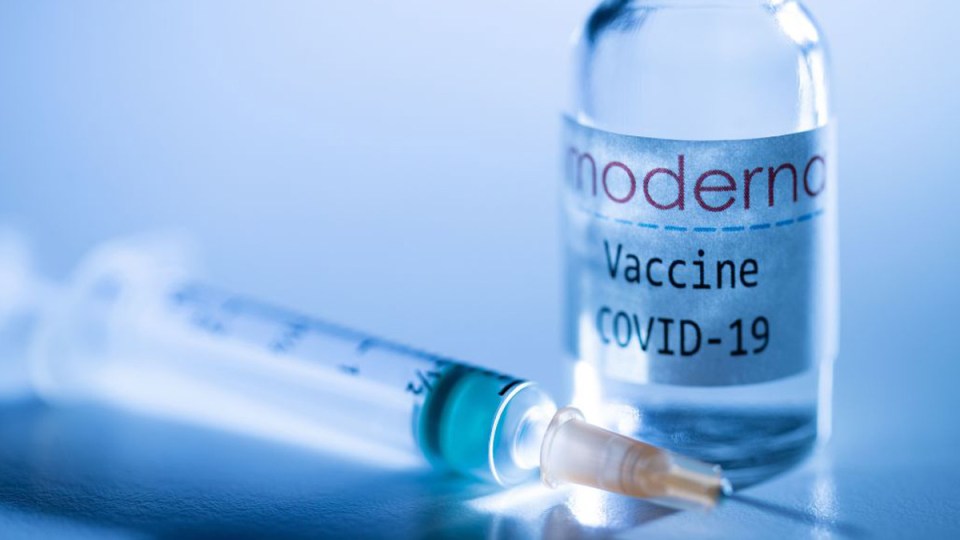 The federal government is investigating local mRNA vaccine manufacturing, including from Moderna.

The federal government’s plans for the local manufacture of mRNA vaccines still remain unclear, nearly a month after saying the delayed project was about to make a major announcement.

Now 13 months after the then-industry minister predicting a “nine month-to-12 month time frame” for Australian mRNA production, it is unclear exactly when Australia will get on-shore capability to make the cutting-edge vaccines.

One biotech company that applied months ago to the government’s approach to market process said it was “frustrated” that no decision had yet been made.

“This is a once-in-a-generation crisis and the government has gone missing in action,” claimed Labor’s shadow industry minister Ed Husic.

The federal government promised it would ensure local production of mRNA vaccines – the technology underpinning the Pfizer and Moderna COVID-19 jabs – from early in the pandemic.

Australia does not have local capability to produce mRNA vaccines at scale, but with COVID booster shots likely to be needed into the future, having production capacity would be a boon for the nation and the region.

In October 2020, then-industry minister Karen Andrews said she expected it would take nine to 12 months for Australia to set up production.

But it wasn’t until May that Ms Andrews’ successor, Christian Porter, invited pharma companies to propose “a partnership approach with the government” for local mRNA facilities through an approach to market process.

The industry portfolio was then shuffled from Mr Porter to Angus Taylor in October.

The Department of Industry has been working through the approach to market process, and on October 24, Health Minister Greg Hunt told a press conference that progress was imminent.

“We are in advanced stages of determining the short list. I am expecting an announcement on the short list this week,” he said at the time.

But the week came and went, with no announcement.

On Monday, 22 days on from that press conference, neither Mr Hunt’s office nor Mr Taylor’s office were able to provide any update.

The New Daily asked Mr Taylor when the short list would be released, how many companies would be shortlisted, and what the next steps in the process were. A spokesperson did not respond to specific questions.

Other government sources said the plan was still going through consultation phases, but expected an announcement in the near future.

Applications to the government’s approach to market process closed on July 16.

In a Senate estimates hearing on October 28, Department of Industry secretary David Fredericks said 14 companies had filed expressions of interest.

Moderna is under consideration by the government, while several Australian companies including CSL – currently making the AstraZeneca vaccine – also applied.

Mr Fredericks said the program was “in the process of being finalised” but it was “a matter for government when they do that announcement”.

Ian Wisenberg is chief executive officer of Adelaide-based biotechnology firm BioCina, which operates a facility owned until recently by Pfizer.

He believes his firm is one of Australia’s leaders in some of the basic building blocks of mRNA vaccines, and could begin producing such jabs within 12 months, if it received the right government assistance.

Mr Wisenberg said his company applied to the approach to market in July, and had anticipated a result by August.

But more than four months later, he said he was “frustrated” by the lack of progress.

“The frustration is we are ready and willing to move with a facility that’s stood up,” he told TND.

“We’d love to be part of the solution and involved in the process, but the frustrating part is there’s this great promise but no word from anyone involved.”

In fairness, Mr Taylor has spent much of the time since late October dealing with the government’s net-zero plan, including a week overseas for the Glasgow COP26 climate summit.

He then joined Prime Minister Scott Morrison on the road to spruik the government’s climate credentials last week.

Mr Taylor was also only handed responsibility for the industry portfolio on October 1, in a ministry reshuffle that added to his already substantial role in charge of Energy and Emissions Reduction.

On September 26, just days before the reshuffle, Mr Hunt told another press conference that the government was “making excellent progress on bringing mRNA manufacturing to Australia”, saying he expected an announcement “in the coming months about this, if not earlier”.

Mr Husic was critical of the delay.

“Remember, it was more than 12 months ago that they promised we’d have locally manufactured mRNA vaccines. And then that timeline got pushed out and the one after that was pushed out too,” the Labor shadow minister told TND.

“Is it any wonder they can’t deliver? They’ve had three different industry ministers responsible for this in just this term of Parliament.”

The government’s approach to market documents do not set out a firm time frame for the consideration of applications or announcement, but note that the process includes “review by an expert advisory group prior to the Department of Industry, Science, Energy and Resources and the Department of Health jointly providing advice to government”.

In the October 28 estimates hearing, the industry department’s acting deputy secretary Jane Urquhart said that “advice has been provided to government”.

“We anticipate that that conversation will continue with government. We’re also active in commercial discussions,” she said.

Government minister Zed Seselja, representing Mr Taylor in the Senate estimates hearing, was asked by Labor senators if the government had a timeline for responding to departmental advice and making a decision.

Senator Seselja said he would “have to take that on notice”.

Where is Australia’s mRNA vaccine manufacturing? The government won’t say