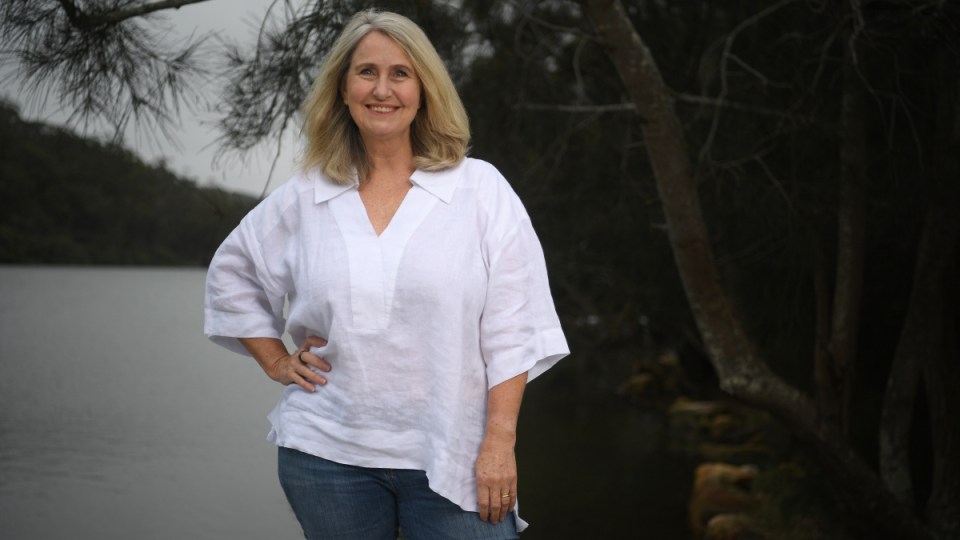 Linda Seymour will run on a pro-climate action platform and push for a federal anti-corruption body. Photo: AAP

Growing frustrated at watching her local MP play down COVID-19, promote dangerous treatments and deny climate change, Linda Seymour decided she had to do something.

So the local consultant, with no history in politics and no desire to become political, decided to put her hand up for the safe Liberal seat of Hughes in Sydney’s south.

The blue-ribbon seat, which borders the Prime Minister’s electorate of Cook, has drawn the eyes of political punters after outspoken incumbent Craig Kelly quit the Liberals and is running under the bright yellow banner of Clive Palmer’s United Australia Party.

“This is not someone who represents my views or the views of many in Hughes,” Ms Seymour said.

“I want to represent every person in Hughes and I want them to know that no matter who they are, no matter their circumstances, that they can have a local MP that will represent their interests.”

Ms Seymour, who is also an award‐winning architectural design and communication specialist, lives with her husband Ross and two daughters, Ayla and Jessi, in Bonnet Bay.

The Burnum Burnum sanctuary just around the corner from her home is the exact type of nature reserve she says needs to be protected for her daughter’s future.

Ms Seymour will run on a pro-climate action platform and push for a federal anti-corruption body.

“We love where we live, especially our local environment,” she said.

“But there is a lot of concern from all sides of the political divide about what Australia is doing to address our changing climate and the integrity of our representatives.”

She’s optimistic but not naive. She knows the funds for a hard-fought campaign – especially against Clive Palmer’s prime candidate – will not come easy.

While leveraging her mortgage will give her an initial boost, it will be people power and motivated locals who form the backbone of her campaign.

The We Are Hughes movement was formed in October 2020 and based on the successful grassroots Voices for Indi campaign in Victoria.

More than 400 locals have joined together in Hughes to canvass what issues mattered most to voters.

Hughes, I’m sorry I haven’t been able to step up before now. But here I am. I promise to use the privilege of any platform I have to listen to you, to understand, to advocate.

Madeleine Albright said, “we must be authors of the history of our age.”

Let’s do that now, together.

Former corporate lawyer Georgia Steele is also running as a progressive independent in the seat and has the backing of Simon Holmes à Court’s Climate 200 fund.

NSW Liberal MP Melanie Gibbons, whose state seat of Holsworthy sits within Hughes, has also put her hand up and will seek the party’s preselection ahead of the next election, due to be held within six months.

Prime Minister Scott Morrison has backed Ms Gibbons’ preselection bid after intervening to stop her being selected over Mr Kelly ahead of the 2019 election.

Mr Kelly increased his margin at the 2019 federal election, winning the seat before preferences were distributed.

His personal vote may swing some long-time Liberal supporters towards him.

The United Australia Party took 2.5 per cent of the primary vote in 2019.

craig kelly Linda Seymour We Are Hughes
Follow Us