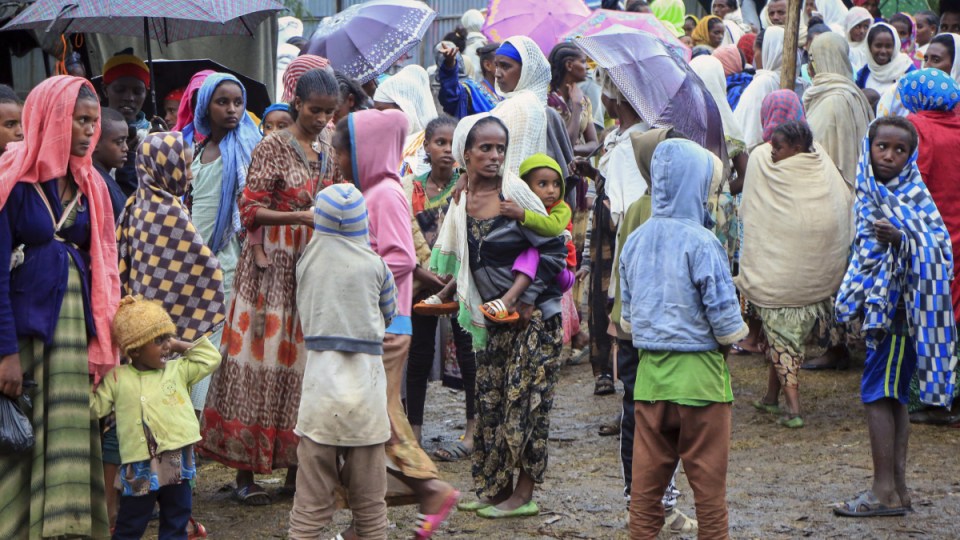 Tigray fighters raped, robbed and assaulted women after they captured a town in northern Ethiopia’s Amhara region in August, investigators with Amnesty International have found.

Sixteen women from Nifas Mewcha told Amnesty they were raped by fighters from the Tigray People’s Liberation Front (TPLF), a group that has been at war with the central government for the past year.

All sides in the conflict have been accused of committing atrocities.

The UN said last week the violations – including torture, mass killings, gang rapes and using starvation as a weapon of war – could amount to war crimes.

Amnesty’s report, released on Wednesday, recounted the experiences of 16 women who said they were raped by TPLF forces after the fighters entered Amhara, which borders the Tigray region, in August.

Fourteen of the 16 interviewed by Amnesty said they were gang raped.

“It is not easy to tell you what they did to me. They raped me. Three of them raped me while my children were crying. My elder son is 10 and the other is 9 years, they were crying when [the TPLF fighters] raped me,” Gebeyanesh, a 30-year-old food seller, told Amnesty.

“[The fighters] did whatever they wanted and left … They slapped me [and] kicked me. They were cocking their guns as if they are going to shoot me.”

In same cases, the TPLF fighters told their victims they were being punished for the rapes committed by federal forces against women in Tigray.

The TPLF and government forces have been fighting since November 2020, a conflict that has cost thousands of lives and led to a dire humanitarian situation in areas of northern Ethiopian.