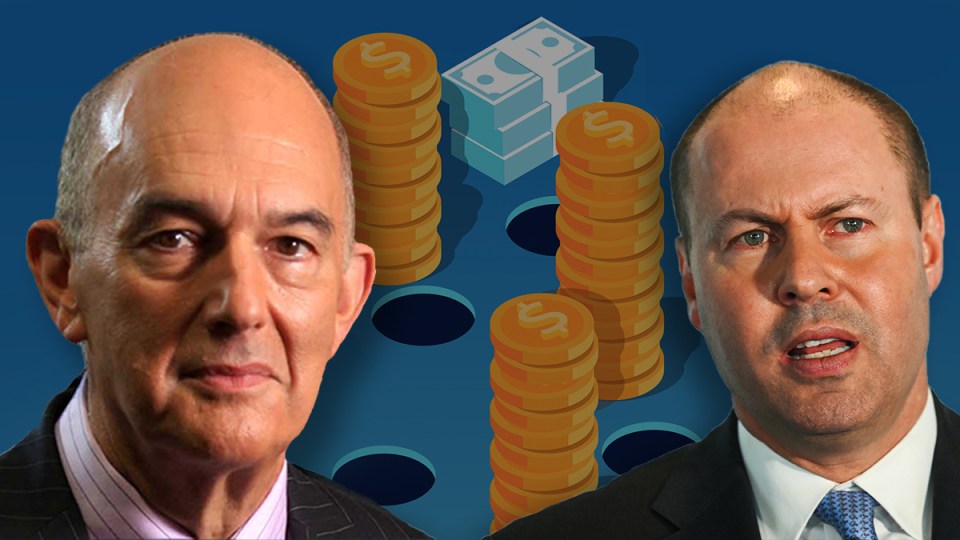 The federal election will be held “next year”. That’s the scoop the Prime Minister gave the breakfast crew on Newcastle radio ahead of a day of early campaigning in the city that boasts the world’s biggest coal port.

Scott Morrison was there not to primarily spruik his documented love of coal, but rather to belatedly attach himself to his plan of painlessly transitioning away from the jobs “black gold” has delivered the region to “green hydrogen” as its future replacement.

Never mind that in the last election campaign he ridiculed Labor’s promise to allocate $1.1 billion to grow the hydrogen industry based on LAVO hydrogen battery technology developed at the University of New South Wales and local Hunter region companies.

Now they are the answer to thousands of new jobs that will be forced on Australia as the rest of the world moves away from coal-fired power.

At the Glasgow climate summit, Mr Morrison did his best to stall international moves away from coal but no longer pretends it is not inevitable.

What is fascinating is Mr Morrison’s decision to make Newcastle his first destination after escaping from COVID-19 lockdowns and quarantines, where he has had to spend an inordinate amount of time this year.

It tells us loud and clear that despite government briefings to journalists that the next election will be fought on the Coalition’s strong suit of economic management, there is no escaping the baggage it carries from almost 15 years of climate action vandalism and its costly mismanagement of vaccines and quarantine.

The PM is clearly nervous about relying on voters’ amnesia to let him off those hooks, but he has little choice.

Treasurer Josh Frydenberg led the way on Monday with an opinion piece proclaiming the surging economy would be the key election battleground.

He trumpeted an impressive list of economic outcomes indicating Australia has emerged from the pandemic stronger and larger than when the Liberals came to government eight years ago.

Even before you begin to deconstruct how this has happened, the simple facts remain: The pandemic is not over and no one knows what the consequences will be when our international borders are opened and the cruise ships begin arriving.

The government will also be hoping there will be no catastrophic bushfires to remind voters of its totally inept response to the conflagration of 2019-20 and its woefully inadequate response to the increasing menace of unchecked global warming.

On that front we may all get lucky providing the unseasonal wet spring doesn’t give way to a record dry and hot summer to ignite the luxuriant vegetation it has generated.

But headlines shouting how there has been no feared “tidal wave” of business closures, ignore the simple fact thousands of businesses have closed not through their own fault but because of government-imposed lockdowns and withdrawal of support.

Federal MPs tell of harrowing stories of small business constituents in tears at their plight.

Eight years of wages suppression and insecure work means millions of Australians are not likely to share the Treasurer’s upbeat celebration of the macroeconomic figures – the big picture here misses the hurt at ground level.

This is where Mr Morrison’s rhetorical question, a la John Howard in 2004, “Who do you trust to manage the economy?” depends so much on him convincing voters that the recovery is all his own work.

This time the high profile of the states and territories in filling the huge gaps left by his government’s duck shoving responsibility is a fact check in itself.

And unlike 2019 there is no “back in the black” budget to reinforce the staple attack of the conservatives on Labor, namely debt and deficit, although Mr Frydenberg tried to resurrect it in his Monday opinion piece.

It takes some chutzpah to characterise Labor’s approach to running the economy as higher spending when on this government’s watch gross government debt hit a record $852.8 billion last Friday on its way to a projected trillion dollars – it’s a long way from back in the black.

Labor’s shadow treasurer Jim Chalmers is not daunted by an economy-focused election.

He says if the Liberals want to have an election on stagnant wages, “bring it on”.

Dr Chalmers sees a real opportunity in highlighting what he says is “a budget riddled with rorts, waste, mismanagement and defined by a trillion dollars in debt with not enough to show for it”.

Despite the seemingly entrenched lead the Opposition has in the opinion polls there is a nervousness that an unstoppable momentum for change has not been established.

Paul Bongiorno: The slogan ‘It’s the economy, stupid’ is no sure-fire winner for the Liberals