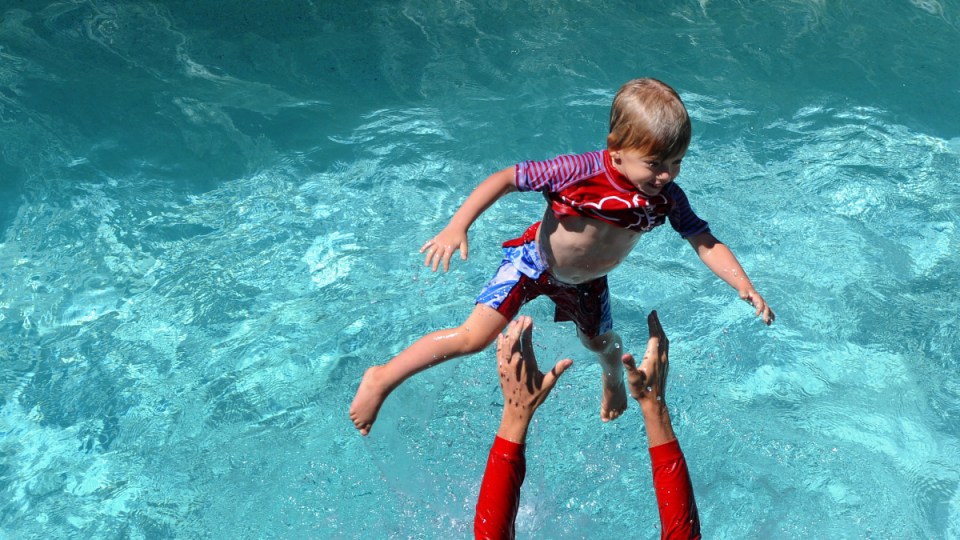 Australian parents have been urged to remain vigilant as a new study reveals more than 500 children aged up to four years have drowned in the past 19 years.

Royal Life Saving says the risk of drowning triples as soon as a child starts to crawl, peaking shortly after a child’s first birthday.

Of the 532 children who died, 40 per cent were aged one, with 77 per cent of drownings happening after a fall into water.

In almost all instances, the child was not being supervised by an adult when they entered the water.

Royal Life Saving is excited to launch our new Swim and Survive Knowledge Modules for primary school aged children. There are nine interactive and engaging modules to progress through to learn about water safety.

“This year has been challenging for parents, in many cases families have tried to juggle working and schooling from home,” chief executive Justin Scarr said on Tuesday.

“We are worried this could lead to distractions and lapses in adult supervision.”

More than half of child drownings happen in a swimming pool and 38 per cent occurred in summer.

Mr Scarr urged parents and carers to “keep watch” as the warmer weather approaches, warning that children can drown quickly and silently.

“Children are curious about their surroundings, which means parents and carers cannot afford to be complacent around the water,” he said.

Answering a front door, putting washing on or browsing social media can be disastrous for young children, he said.

For every fatal drowning, eight children are admitted to hospital.

On average, these children stay in hospital for 1.5 days and some sustain lifelong brain injuries, long-term health complications or life-changing injuries.

“This is devastating for families,” Mr Scarr said.

Respond. Learn how to respond in the case of an emergency.