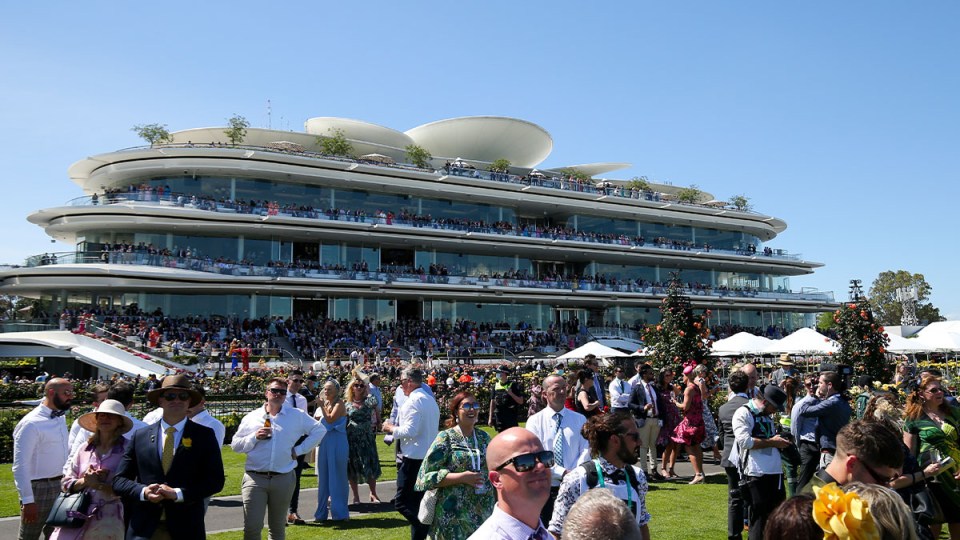 A worker and patron who attended Melbourne Cup Day at Flemington Racecourse have tested positive to COVID-19, with a large contact tracing effort now underway.

As of Friday, there were 634 Victorians in hospital, of whom 109 were in intensive care including 73 on a ventilator.

A contractor who worked at Flemington Racecourse on Derby Day and Melbourne Cup Day, and a patron who attended Cup Day, have become infected with the virus, the Victoria Racing Club confirmed on Friday.

Both individuals are fully vaccinated and the two cases are not linked, with Stakes Day on Saturday still scheduled to go ahead.

About 10,000 people attended Flemington on Tuesday, including 500 members of the general public, after Victoria’s public health restrictions were eased to allow events.

The contractor worked two full days in The Arbour in the Purple Zone on the ground floor of the Club Stand, while the patron attended the deck bar within the Green Zone on Cup Day.

VRC said it is working with the state’s health department to trace all contacts.

Anyone who visited the deck bar on Tuesday will be contacted by VRC via text message, while all patrons who attended the Melbourne Cup should monitor for symptoms and get tested if any develop.

Those who visited The Arbour on Cup Day are considered “low risk” by the department of health, VRC said, but should also get tested if symptoms develop.

More than 66,000 tests were processed on Thursday and 14,255 vaccines administered at state-run hubs, while about 82 per cent of people in the state aged over 12 have been fully vaccinated.

Meanwhile, Victoria and NSW reopened their borders to each other for the first time in months.

Travel between the two states had since Monday been unrestricted for the fully vaccinated, but from 11.59pm on Thursday all remaining NSW and ACT orange zones were downgraded to green under Victoria’s travel permit system.

The change allows travellers and workers to enter Victoria without any testing or quarantine requirements, including unvaccinated people, as long as they hold a permit to verify they are not COVID-positive or a close contact.

Fully vaccinated Victorians can also freely travel into NSW unless they have been to a place of high concern, but those aged over 16 who are not double-dosed still cannot travel to NSW for recreation or a holiday.