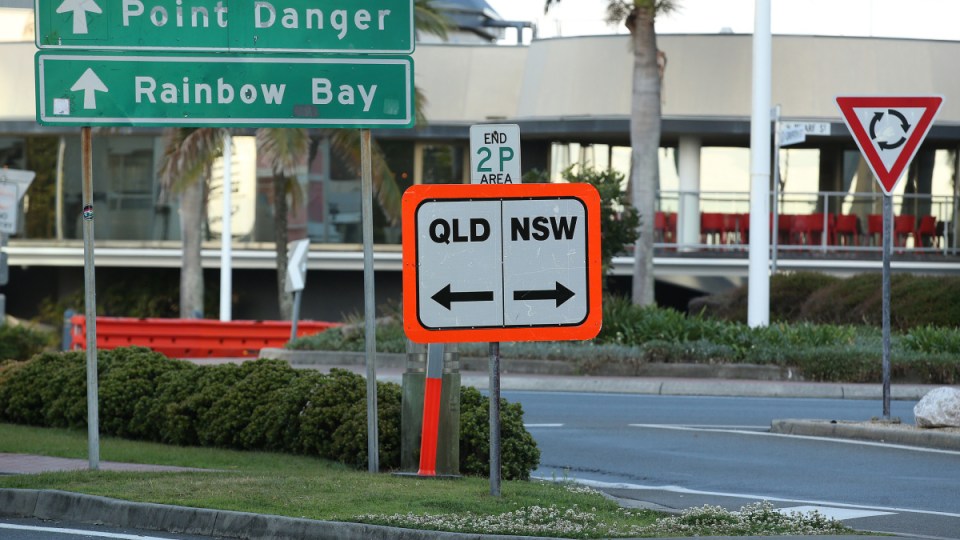 People making a road trip to Qld won't be able to quarantine at home like domestic air travellers. Photo: AAP

Queensland has ruled out allowing travellers to drive into the state and quarantine at home until at least 80 per cent of residents are fully vaccinated against COVID-19.

Currently only New South Wales border zone residents are allowed to cross for certain reasons, such as work and school, and thousands of Queenslanders are stuck on the NSW side of the border.

Health Minister Yvette D’Ath says home quarantine, which is set to be expanded to all domestic air arrivals on November 19, won’t be offered to people driving in, until 80 per cent of eligible Queenslanders are vaccinated.

She says offering home quarantine to drivers, particularly those living in the north, would be too risky at 70 per cent because of the risk of exposure.

“And we don’t want to start carving up the state at the moment, and say: ‘well if you’re within one hour’s drive, you can drive in, but (not) if you have to actually stop for petrol and you stop for food, you may even have to stop overnight to get back to your residence,” Ms D’Ath told reporters on Wednesday.

“It is not safe until we get to that 80 per cent double dose.”

The Health Minister said Queenslanders stranded in their cars across the border in NSW could drive to an airport and apply for exemptions to enter the state.

She said anyone concerned about their plight should get the jab and encourage others to do so.

“Queenslanders, you can fix this straight away by coming out and getting vaccinated,” Ms D’Ath said.

“The more people who come out and get vaccinated now, the quicker we can reach these benchmarks.”

He said Queensland was taking necessary precautions against travellers coming from countries that had not been deemed safe by the federal government.

“Unless those countries are deemed green countries and safe travel zones by the Commonwealth, we will quarantine all international arrivals as a safety blanket for Queensland,” Dr Aitken said.

Meanwhile, Ms D’Ath said that police are planning a checking system when the borders reopen for fully vaccinated domestic travellers, when Queensland hits the 80 per cent target.

The government has already confirmed that police road checkpoints will remain until Queensland hits 90 per cent, but Ms D’Ath said a new system is needed to avoid massive traffic jams at the NSW borders.

“We want to make sure that you know, the cars can flow and we’re very mindful of Christmas holidays and everything coming up,” she said.

Queensland is updating its border pass application system so people can upload their vaccination status, but the minister admits the system has always been based on trust.

She said throughout the pandemic most people had been honest, and only a few had provided false information or unlawfully crossed the borders.

“There’s always been a fair bit of trust involved. The whole system has been based on trust and honesty of people coming in and telling us have they been in a hotspot,” Ms D’Ath added.

Queensland recorded no new COVID-19 cases on Wednesday with 78.5 per cent of eligible people having had one jab and 65.3 per cent fully vaccinated.

Queensland Health has listed a number of virus exposure sites in the southern town of Goondiwindi, including Coles and Kmart, on Sunday and Monday.

Goondiwindi Regional Council Mayor Lawrence Springborg said in a statement a recent positive COVID case from NSW was being transferred from the local hospital to a COVID facility.

He said the case was in addition to a positive case who passed through a local truck stop, with contact tracing instigated in the region.

Mr Springborg said locals could take comfort from the Goondiwindi region having the highest vaccination rate in the state, with 81.5 per cent of eligible people fully vaccinated.