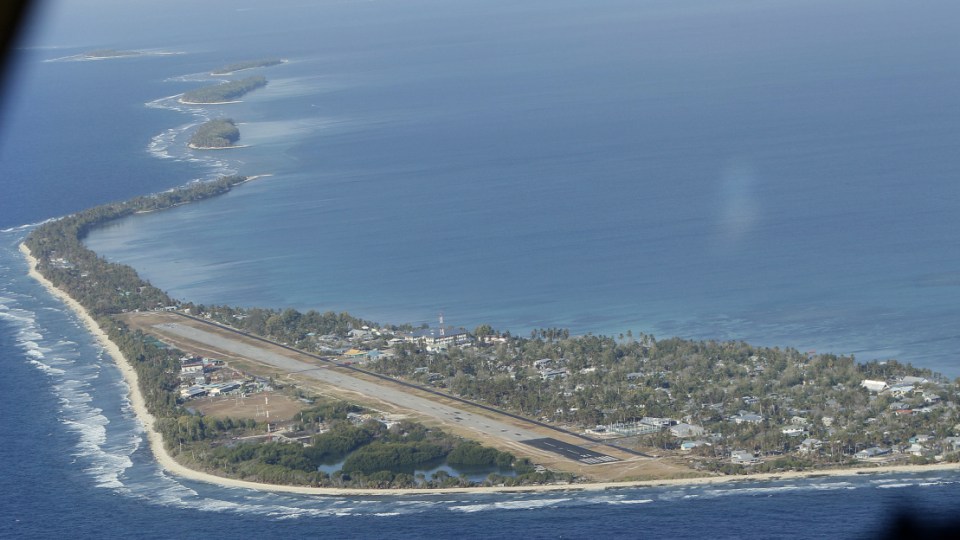 The report says Australia has a history of “greenwashing” aid given to Pacific nations to adapt to global warming, with some funded projects having “no link, or at best a tangential link, to climate change”.

The report release coincides with the COP26 climate summit in Glasgow, where Australia has faced pressure from Pacific and other nations to ramp up its target to cut emissions by 2030.

“Australia has a history of using its position as the largest aid donor in the region to influence bilateral and multilateral negotiations on climate change in the region,” the report read.

Australia bullies its #Pacific neighbours.
Australia greenwashes its climate change adaptation aid.
Australia is trashing its reputation and failing as a global citizen.
Australia can lift its game.

Pacific leaders quoted in the report said Australia had acted to dilute regional climate declarations, most notably at meetings of the Pacific Islands Forum (PIF).

“It was really clear from the Australians that they saw 1.5 degrees as too much of a sacrifice on their part and would have preferred to see something like two degrees … because anything less they thought would be detrimental to their economic performance,” Mr Tong said in the report.

“Australia’s tactic of manipulating the position of the Pacific island countries on climate change through the Pacific Islands Forum, the Pacific Community, the South Pacific Regional Environment Program and the rest of regional smaller institutions, has not changed to this day,” he wrote.

“Pacific island countries will go to international forums, including COP summits, with a compromised position on climate change divesting its true platform of demands to ensure our security, resilience and prosperity.”

The report also includes an analysis of projects Australia told the OECD were either “significantly focused” or “principally focused” on helping the Pacific adapt to climate change.

“Hundreds of millions of dollars in Australia’s aid budget have been counted as ‘climate adaptation’ aid despite those funds being allocated to projects with no link, or at best a tangential link, to climate change,” it found.

“This includes a multimillion-dollar ‘governance facility’ in Papua New Guinea which Australia spent $US80.76 million on in 2018 and 2019, and labelled it as ‘significantly focused’ on climate adaptation.

“Neither the long description of the project on the OECD’s database, nor a 113-page evaluation report of the project commissioned by DFAT, contain mention of climate change, climate adaptation or climate resiliency.”

Dr Terence Wood is a research fellow at the Development Policy Centre at the Australian National University. He specialises in foreign aid provided by Australia and New Zealand.

Some of his own, independent work is cited in the Greenpeace report, and he backs the assertion that some of Australia’s aid has been green washed.

“You could imagine that as pressures grow on aid for climate change and the aid budget does not grow, the aid program might respond to that by creatively coding more and more projects as associated with climate change.

“That would be a worrying possibility that should concern us at this point in time,” he told AAP.

In 2018, Prime Minister Scott Morrison pulled Australia out of the Green Climate Fund, set up by the UN to help developing nations adapt to climate change and cut emissions.

But he rejected calls for Australia to rejoin the UN fund and abandon its policy of directly funding at-risk nations.

“We want to make sure that the climate finance investments that Australians are making are invested in our back yard, among our Pacific Island family and among our south-east Asian partners and friends,” he told reporters in Glasgow.

But the secretary of the Tuvalu Climate Action Network, Maina Talia, has warned that if Australia has discretion over the spending it’s not certain to go to appropriate climate programs.

AAP has sought comment from the Prime Minister’s office about the Greenpeace report.