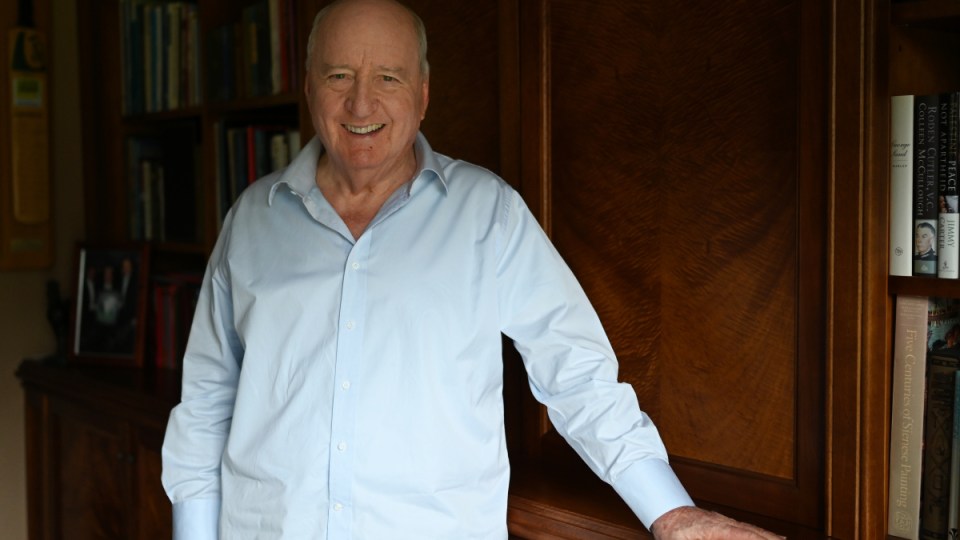 It's a wrap for outspoken and often controversial broadcaster Alan Jones who is leaving Sky News after his contract wasn't renewed. Photo: AAP

Controversial media personality and veteran broadcaster Alan Jones is leaving Sky News Australia after being dropped from his prime-time slot.

“Sky News have indicated to me that they will not renew my contract, which ends on November 30,” Jones said in a Facebook post on Thursday.

The conservative stalwart has been with the national pay television channel since 2013 and currently hosts his own program on Mondays to Thursdays in the 8pm time slot.

The 80-year-old said the news was delivered during a meeting with Sky management on Friday.

He was not offered an alternate time with Sky News.

“An alternative offer was made to me to appear once a week on the news streaming service, Flash,” he said.

“I declined that offer.”

Sky News CEO Paul Whittaker said Jones would be missed, in a statement posted on the Sky News website.

“Regrettably Alan has decided not to accept a new role that was offered to him for next year. We respect his decision and know he will be missed by many,” Mr Whittaker said.

“Alan has contributed greatly to Sky News Australia over the years, advocating without fear or favour on the issues important to many Australians,” he said.

Last year, Jones left Sydney radio station 2GB with a year to go on a lucrative contract, after hosting its top-rated breakfast radio program for 18 years.

The program was noted for being closely monitored by politicians who feared the wrath of the broadcaster because of his influence with his loyal audience.

“All sorts of reasons were proffered, including the fact that, after 35 years of radio success, I was being told that my work ‘didn’t resonate’,” Jones said in a lengthy Facebook post.

Jones defended his performance and ratings saying: “My Facebook page’s average engagement rate per page is vastly superior to that of Sky News Australia’s Facebook page.”

“I merely let the figures speak for themselves, as they did in radio and, as I think you can see from above, they have, in my brief stint on television,” he said.

“I have enjoyed my experience thoroughly.”

The news also comes just months after YouTube restricted Sky News Australia’s channel for a week and deleted several of its videos as part of its crackdown on COVID ‘misinformation’.

A YouTube representative confirmed to The New Daily that a ‘strike’ had been given to the channel, which boasts over 1.86 million subscribers.

“We have clear and established COVID-19 medical misinformation policies based on local and global health authority guidance, to prevent the spread of COVID-19 misinformation that could cause real-world harm,” the representative said.

The strike came as former 2GB colleague Ray Hadley claimed Mr Jones has become an “apologist” for anti-lockdown protesters, and that he had given platforms to “conspiracy theorists” and “anti-vaxxers”.

Jones is a former Queensland teacher who became Wallabies coach before working as a speechwriter for the late former Liberal prime minister Malcolm Fraser.

He once tried but failed to gain Liberal preselection before going on to enjoy an unrivalled stint as a top radio broadcaster.