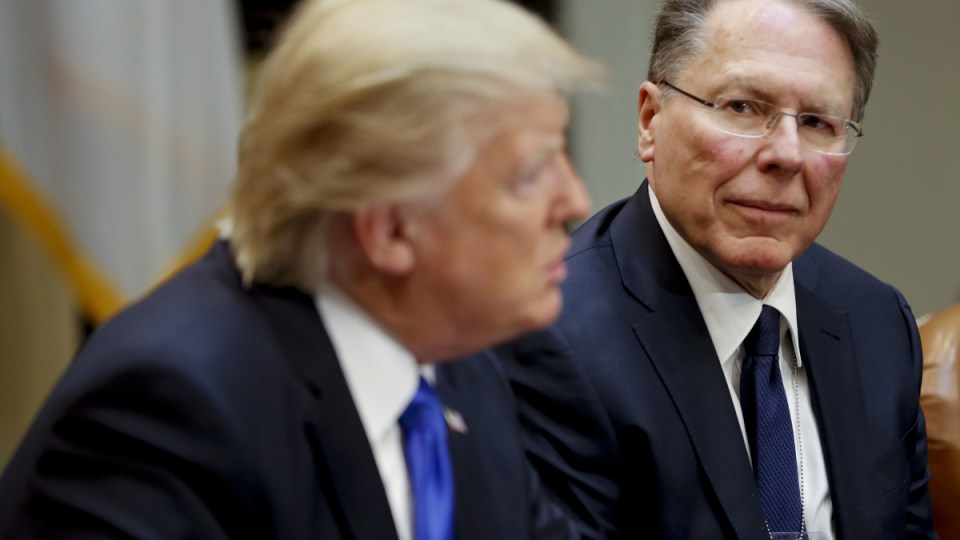 The National Rifle Association is being sued by a gun control advocacy group for allegedly violating campaign finance laws since 2014.

The powerful gun lobby made as much as $US35 million ($47 million) in “unlawful” and “unreported in-kind campaign contributions” to seven federal candidates, according to the allegations.

The recipients allegedly included candidates for the US Senate in 2014, 2016, and 2018, and Donald Trump’s 2016 presidential campaign.

The lawsuit seeks several forms of relief, including an order preventing the NRA from violating the Federal Election Campaign Act in future, and a penalty equal to the amount of money allegedly spent unlawfully, which the NRA would pay to the US treasury.

The NRA used shell companies to funnel about $35 million in illegal contributions to campaigns, including Trump's.

We’re teaming up with @CampaignLegal to hold them accountable. https://t.co/F8CKCwcH68

The lawsuit was filed on Tuesday by campaign finance watchdog Campaign Legal Center on behalf of gun control advocacy group Giffords in the US District Court for the District of Columbia.

The NRA said the lawsuit was “as misguided as it is transparent”.

“Another premeditated abuse of the public by our adversaries, who will stop at nothing in their pursuit of their anti-freedom agenda,” the NRA said in a statement.

“Suffice to say, the NRA has full confidence in its political activities and remains eager to set the record straight”.

New York’s attorney general said in August that the NRA had failed to root out rampant internal corruption.

The association had sought to reincorporate in Republican-dominated Texas and escape what it called a corrupt political and regulatory environment in New York, where it was founded in 1871.

Russian and Chinese warplanes near Japan while world leaders meet
‘There will be movies made about this’: McGowan rejoices as Cleo Smith found ‘alive and well’
Today's Stories