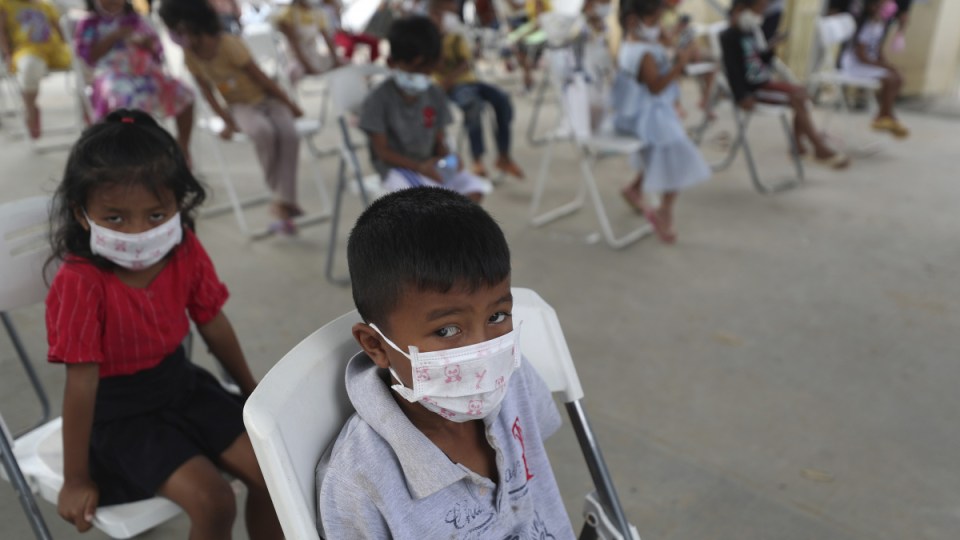 “Australia had promised to donate the Pfizer vaccines and this was long overdue but if there is uncertainty about getting it, then our next decision is to buy the Sinovac vaccines,” Hun Sen told a televised press conference.

He said the secretary of state for the Ministry of Economy, Vongsey Vissoth, had been directed to check on the vaccines with the Australian embassy in Phnom Penh.

“I am aware that the vaccines we have now will not be enough to vaccinate the targeted population including the consideration of vaccinating those three years and above in the near future,” Hun Sen said.

Cambodia has been widely praised for a swift and successful rollout of its vaccination program, which was backed by China, and Australia through the COVAX facility.

The country has reached herd immunity with Cambodians now receiving their third and in some cases fourth shot.

In recent weeks Phnom Penh has also donated 400,000 Sinovac doses to its neighbours Vietnam and Laos, which have struggled with their vaccination programs.

He said if Australia was unsure about the pledge then he would acquire three million doses of the Chinese-made Sinovac to complete the inoculation of all Cambodians and ensure booster shots.

His comments followed a dispatch from the government-friendly online portal Fresh News, quoting a senior Cambodian official from the Ministry of Foreign Affairs, that Senator Payne “will visit Cambodia soon”.

Dates have not been confirmed and a spokesperson for the Department of Foreign Affairs and Trade in Canberra has not yet responded to queries from AAP.

However, an Australian embassy spokesman in Phnom Penh told the government-friendly Khmer Times the promised vaccines will come from Australia’s domestic supply or via a procurement arrangement and will be assessed for safety, quality, and effectiveness.

“Australia is not selling vaccines but has committed to share 60 million doses with countries in south-east Asia and the Pacific by the end of 2022,” the spokesperson said.

“While commercial negotiations are under way, we are not in a position to confirm with the manufacturer of any vaccines to be provided through procurement arrangements with UNICEF, or the timing of deliveries.”