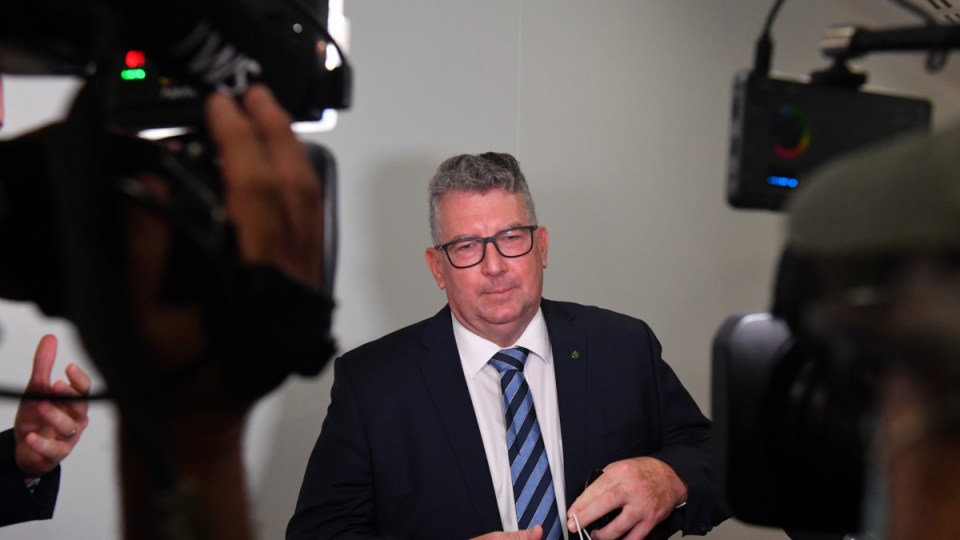 Keith Pitt followed the rules when he funded gas exploration in the Beetaloo Basin, a lawyer says. Photo: AAP

The Commonwealth admits it failed over allegations it expedited a gas exploration contract in the Northern Territory in a bid to stymie a climate change-inspired legal challenge.

The Environment Centre NT is attempting to stop Imperial Oil and Gas’s drilling program in the Beetaloo Basin, arguing in the Federal Court that the government grant was unlawful.

It says federal Resources Minister Keith Pitt should have considered the negative climate change impacts that developing the onshore shale gas field could have before he awarded a $21 million grant.

The ECNT’s lawyers also allege that the funding contract, which was signed on September 9, just days after they applied for an urgent court hearing, was an attempt to interfere in the case.

Represented by the @EDOLawyers, we are challenging Minister Keith Pitt’s decision to grant $21m of taxpayer funds to a gas company to speed up fracking in the Beetaloo Basin.

The hearing is on Nov 2-3 in the Federal Court.

The Commonwealth’s lawyer Tom Howe QC says it’s a serious accusation of misconduct and the federal government accepted that what happened “was a departure from model litigant standards”.

“We also accept the Commonwealth didn’t cover itself in glory and it fell short of this court’s expectations,” he said on Wednesday.

Mr Howe said the Commonwealth should have written to the ECNT and given it reasonable notice that it was able to make an application to the court to stop the grants.

“That should have happened and that is quite regrettable conduct,” he said

Mr Howe agreed with Justice John Griffiths that the timing of the grants contract denied the ECNT the opportunity to use the courts to stop it.

However, he was critical of the ECNT legal team, saying it hadn’t provided enough detail for the unnamed person who was alleged to have engaged in the wrongdoing to respond.

“Inferences should not be drawn by faint fingerprints on the sand.”

Earlier, the court heard Mr Pitt wasn’t required to make inquiries about matters such as the impact of climate change, when he was deciding whether to help fund Imperial’s exploration.

Under section 71 of the Public Governance, Performance and Accountability Act, the minister only needed to satisfy himself that the expenditure was a proper use of public money.

“The minister’s satisfaction is the sole criteria of operation,” Mr Howe said.

Mr Howe said Mr Pitt also wasn’t required to consider the validity of the government energy policy regarding the Beetaloo Basin when he awarded the grant.

“The fact there were climate risks might be regarded by some as disqualified,” Mr Howe said.

“Once the policy is adopted the question shifts to the financial management of the funding of that policy choice.”

Mr Howe said the ECNT seeks to impose an extraordinary and intolerable burden of decision making on the minister that could impact Indigenous rights.

“The minister has to make inquiries then depending on the outcome of those, run various bunnies into various burrows to ascertain if something is relevant,” he said.

“That is such an open textured indeterminate standard that it not only leads to a burden on the administration.”

The Betaloo sub-basin has been estimated to hold more than 200,000 petajoules of gas.

The extraction and consumption of gas from this precinct would equate to a 13 per cent increase on Australia’s 2020 greenhouse gas emissions, according to one expert report.

The court reserved its judgment.