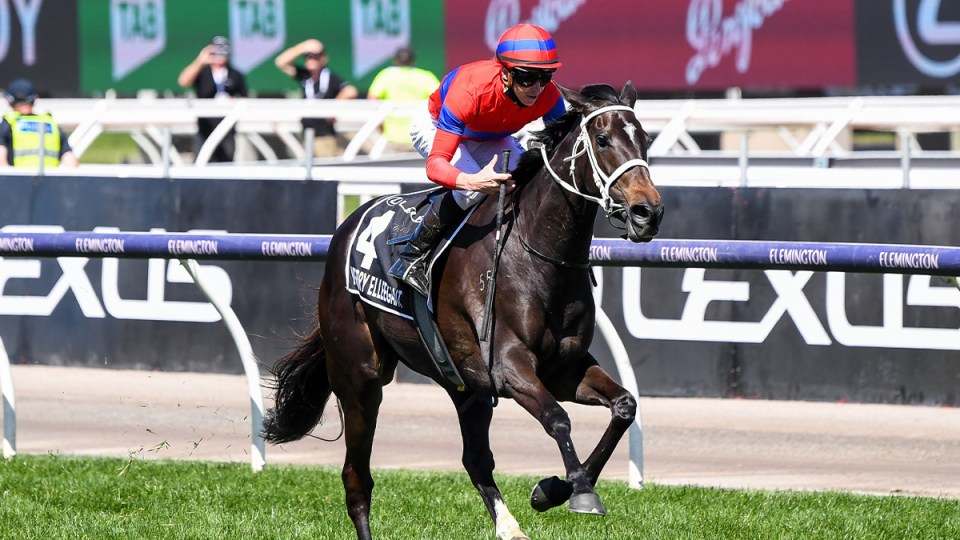 Incentivise, one of the shortest-priced favourites in Cup history, looked the winner at the top of the straight but he was no match for Verry Elleegant’s late surge under jockey James McDonald.

Waller now has in his possession one of Australian sport’s most prized trophies, an 18-carat gold cup, to go alongside Winx’s four Cox Plates.

He has rewritten all the record books on his way to the top, but a Melbourne Cup triumph ranks as the sweetest moment since confirming his arrival among the best in the business.

Waller has won the past 11 Sydney trainers’ premierships, trained a horse of a lifetime in Winx and is setting standards that only he is likely to match.

It was also a first Cup triumph for McDonald, who said New Zealand horse Verry Elleegant gave him the best ride possible.

“She travelled so sweetly in the run for such a big way.

“She is trained by a master. He gets them right. She is a superstar and I’m so proud of her.”

The winners receive $4.4 million in prize money, shared between trainer, owners and jockey.

With the fascinators fastened, suits donned and protesters watched on by police, there was no surer sign a sense of normality is returning to the city.

At least five protesters sat handcuffed at the racecourse entry on Tuesday morning, with opposition to the race garnering momentum each year.

“Would you wear that suit to the slaughterhouse, sir?” one protester armed with a megaphone asked racegoers on arrival.

Despite the protests, Victorian Racing Minister Martin Pakula said the $8 million race would be a special occasion for Melbourne, which recently became the world’s most locked-down city.

“Victorians worked so hard for so long to get the vaccination numbers up,” Mr Pakula said.

“Victorians have earned this. It’s a majestic, glorious Melbourne Cup day and it means more to the city than it has for a long, long time.”

Before the race was run and won, Mr Pakula picked out Gai Waterhouse-trained Sir Lucan as an enticing roughie.

But the state minister for tourism, sport and major events said short-priced favourite Incentivise was hard to go past.

“We’re really enjoying the spirit that’s on course right – people walking round the course with joy on their faces,” Mr Wilson said.

“It’s a big day for Australia – every second adult watches or listens to the race.”

Melbourne woman Sharni Taylor said she felt safe attending the Melbourne Cup with her partner Hayden due to the high vaccination coverage in Victoria.

“We’re vaccinated and everyone else here is too.

“I’m getting used to being around people again. It’s still a bit weird, but we snap back into things pretty quickly.”

“This is beautiful … a bit weird, but it feels safe.”