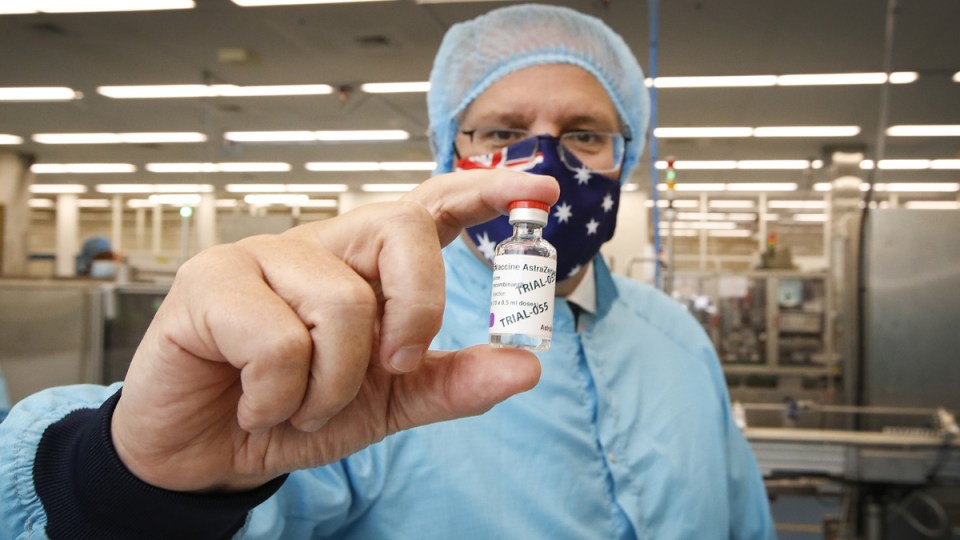 Scott Morrison has signed up Australia to a G20 pledge to vaccinate most of the world’s population against COVID by mid-2022, but leading aid organisations claim the government has yet to explain how it will meet the promise.

The Prime Minister called the G20’s goal a “bold” target, but Reverend Tim Costello said Australia had “missed a vital opportunity” to do more to contribute.

“We have so far committed to providing 60 million doses but have only delivered 10 per cent of that,” Mr Costello said.

“We not only have a moral obligation to help poorer nations, but it is in our best interest to stop the virus from spreading and mutating, rendering current vaccines ineffective.”

Mr Morrison is in Italy for the G20 summit, where world leaders will discuss climate change – before this week’s Glasgow COP26 summit – as well as global corporate tax and the COVID-19 pandemic, especially in the developing world.

The World Health Organisation and United Nations have already expressed alarm at wealthy nations planning to roll out booster shots while huge swathes of the world wait for their first.

A recent report from the End COVID For All coalition of aid groups warned just 2 per cent of people in the world’s poorest countries are vaccinated, and that some nations in Africa would not expect to see 70 per cent vaccination rates until next century.

Over the weekend, G20 leaders agreed to bump up their existing commitment to vaccinate 70 per cent of the world, accelerating that time frame to mid-2022 from the previous goal of the end of next year.

A G20 communique said the grouping would “take all necessary steps” to vaccinate at least 40 per cent of the world’s population in all countries by the end of 2021.

“There is a very strong view about the need to lift the level of vaccination rates now amongst developing countries and the multilateralism of vaccines,” Mr Morrison said in Rome.

The PM noted Australia’s commitment of $130 million to the COVAX facility, and the 60 million vaccines and $600 million committed to the Indo-Pacific’s vaccine efforts.

But Mr Costello, spokesperson for End COVID For All, said he was disappointed Mr Morrison had “brought nothing new to the summit” and had not set clearer time frames for when those existing commitments would be met.

“Unless there is more to come on day two from our Prime Minister, Australia will have missed a vital opportunity to detail how it will contribute to the increased global efforts to end COVID-19 for all,” he said.

“The pace of delivery to lower-income nations, including those in our region, is too slow and risks leading to further lives lost.”

Zed Seselja, the federal Minister for International Development and the Pacific, told The New Daily in October that the government had already distributed millions of doses to Australia’s regional neighbours as part of a $750 million commitment.

That includes 2.2 million doses to Indonesia, 1.076 million to Fiji, 577,850 to Timor-Leste, 1.5 million to Vietnam, and many thousands to Kiribati, Papua New Guinea, Tuvalu and more.

The government and CSL have repeatedly said they have no plans to extend that arrangement beyond the 50 million contracted doses.

But the federal government has also teased imminent announcements on Australia’s plans to manufacture mRNA vaccines domestically – potentially through Moderna or CSL.

“We should not forgo a capability that our region needs. Domestic production gives us the upper hand against an uncertain global market and fragmented supply chains,” Mr Costello said in October.

In Rome, Mr Morrison also suggested again to world leaders that the World Health Organisation be given stronger powers to investigate health crises like the coronavirus pandemic before they get out of control.

He said this could include a stronger ‘early warning’ system, under which nations would be obliged to self-report serious incidents.

The Australian government was controversially at the forefront of calls for an international inquiry into the origins of COVID-19, actions that led China to brand Australia a “lapdog” for then-United States president Donald Trump.

On Saturday, Mr Morrison told a press conference in Rome that there was a “challenge of protecting against the next pandemic”.

“We need to know how this started so we can prepare and we can protect against the next pandemic,” he said.

“There is no agenda in that. It is just a very straightforward need that we have the best prepared world for a future pandemic.

“There was again strong support for giving greater strength to the World Health Organisation to ensure that they have the capacity to be able to take stronger action, particularly at the onset of an outbreak.”