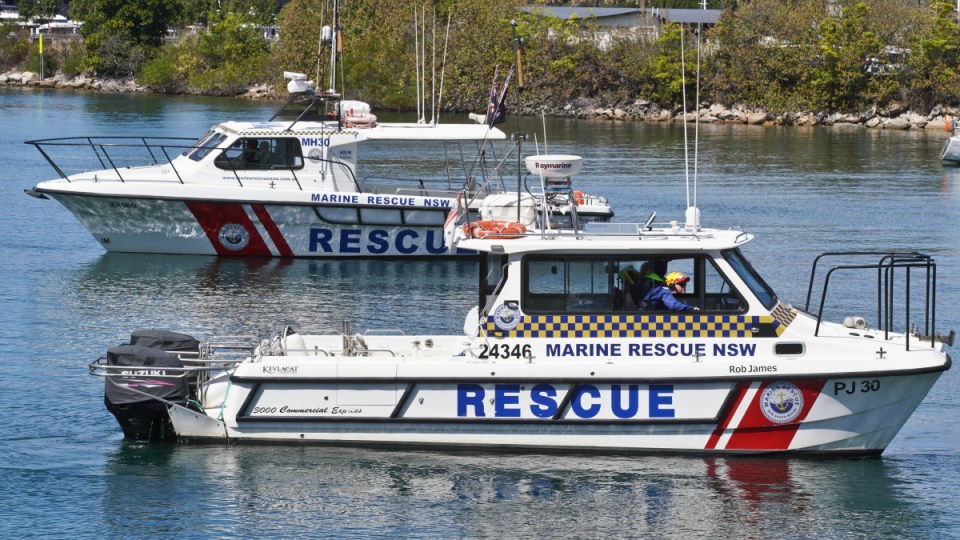 Seven people were on a boat that capsized off Wollongong, with one unable to be resuscitated. Photo: AAP

A man has died despite the frantic rescue and resuscitation efforts of lifesavers and bystanders after a fishing boat capsized off Wollongong.

Police say emergency personnel were called to waters off Waniora Point at Bulli, south of Sydney, after reports of a vessel overturning, shortly before 10.30am on Sunday.

A team of critical care doctors and paramedics was also dispatched via three Ambulance Rescue helicopters.

Rescuers performed CPR on four patients until the arrival of paramedics.

A 37-year-old man could not be revived and died at the scene.

“Two males were resuscitated and airlifted to St George Public Hospital in a critical condition,” police said in a statement.

“A third male was revived and taken to Wollongong Hospital in a serious condition.”

Three other people were assessed at the scene with no injuries.

A man involved in the rescue was also treated for chemical burns to his face.

Senior paramedic Norm Rees described the job as one of the most difficult he had attended in 34 years of service.

“Initial reports suggested there was several people clinging to the side of a boat that was quickly capsizing,” Chief Inspector Rees said.

“I want to say a huge thank you to the surf lifesavers and bystanders that risked their lives to try and save these people. They gave them every chance of survival.

“It was a heartbreaking scene. What was meant to be a great day out on the water has turned into an absolute disaster.”

Man, 37, dies after fishing boat capsizes in waters off Bulli