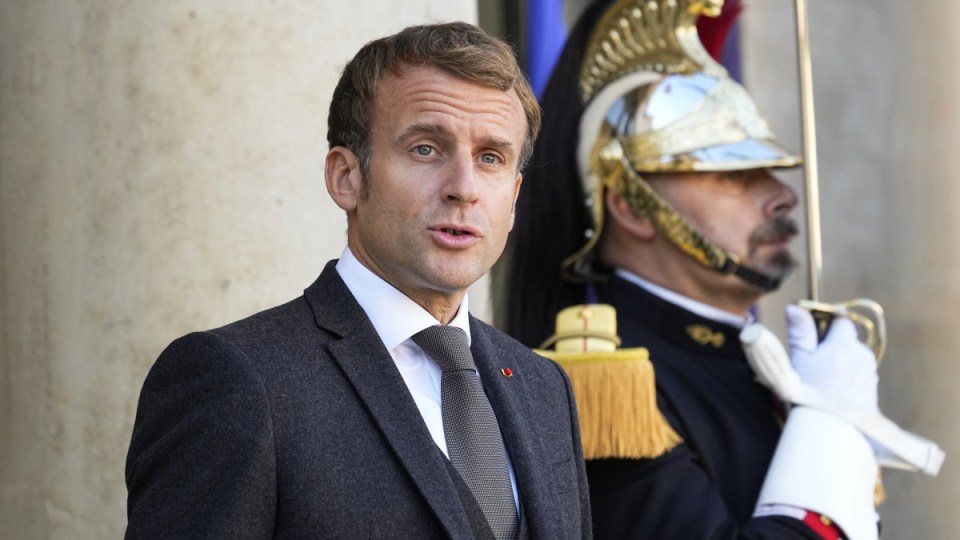 French President Emmanuel Macron has told Australian Prime Minister Scott Morrison he has broken the trust between their two countries and it is up to Canberra to repair relations, the Elysee Palace says.

In the call on Thursday, which came before the UN COP26 climate change summit in Glasgow, Mr Macron also urged Mr Morrison to commit to halting coal mining and the use of coal for power production.

“Australia’s unilateral decision to scale back the French-Australian strategic partnership by putting an end to the ocean-class submarine program in favour of another as-yet unspecified project broke the relationship of trust between our two countries,” Mr Macron told Mr Morrison, according to the Elysee.

Mr Morrison is on his way to Rome for the G20 summit, which has the theme of “People, Planet and Prosperity”.

The call between the pair, who will both attend the summit, is the first time the two leaders have spoken since France was informed by letter that Canberra was scrapping the 2016 submarine deal.

“It is now up to the Australian government to propose tangible actions that embody the political will of Australia’s highest authorities to redefine the basis of our bilateral relationship and continue joint action in the Indo-Pacific,” the Elysee said.

Relations between France and Australia soured when Canberra signed up to the AUKUS partnership, which involved the United States and the United Kingdom helping Australia create a fleet of nuclear-powered submarines.

Paris had recalled its ambassadors in Australia and the US for consultations after officials in Canberra struck a deal with the US and the UK that ended a deal to purchase French-designed submarines.

France has sought to mend fences with Washington, with Mr Macron due to meet US President Joe Biden on Friday in Rome, but it had frozen its contacts with Australia.

A formal bilateral meeting between Mr Morrison and Mr Macron was not planned.

“We are like-minded, we share values and we share the objectives and aspirations for the Indo-Pacific region, of which France isn’t just an observer — they’re a participant.”

Australia, long under fire as one of world’s top producers of coal and gas, has pledged to target net-zero carbon emissions by 2050 but will not legislate the goal, and instead, relies on consumers and companies to drive emission reductions.

Meanwhile Mr Morrison says the world is reaching a critical point in the health and economic recovery from the COVID-19 pandemic as he jets to Rome for the summit.

The theme of the gathering of world leaders is “People, Planet and Prosperity” and the host government has put on the agenda the need for global cooperation to provide equitable access to tests, treatments and vaccines while building up resilience to future pandemics.

“The world is reaching what I think is a critical point in our health and economic recovery from COVID,” Mr Morrison told reporters in Canberra before heading off.

He said Australia was committed to providing millions of vaccines especially to countries in the Pacific and southeast Asia.

Mr Morrison will speak during a session looking at the dangers of social media to children, asking other leaders to follow Australia in holding platforms to account.

“They’re publishers, not just platforms, and particularly when they allow people to anonymously go on their platforms and publish their vile rubbish … that’s not freedom of speech, that’s just cowardice.”

Mr Morrison is also keen to talk up Australia’s role in helping developing nations shift to renewable energy, after his government’s commitment to net-zero emissions by 2050.

Mr Morrison is expected to take part in side events to promote small business and the role of the private sector in addressing climate change.

The leaders of China, Russia and Japan are not expected to attend the summit in person.

At the end of the summit, Indonesia will assume the G20 presidency ahead of the 2022 event in Bali.

Mr Morrison is expected to meet with Indonesian leader Joko Widodo in Rome, following concerns about Australia’s nuclear-powered submarine deal with the UK and US.

Mr Morrison and Industry Minister Angus Taylor will travel to Glasgow for the COP26 climate talks after the G20 meeting.