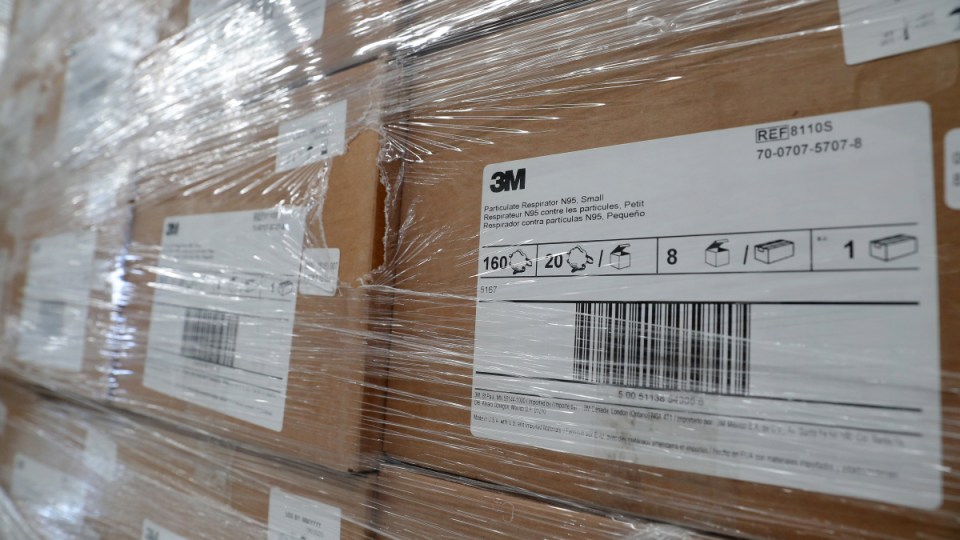 Victoria wasted millions in COVID pandemic spending, including on PPE that was not fit for purpose. Photo: AAP

State government departments wasted money and failed to set up strong fraud controls when they spent billions of dollars tackling COVID-19, the Victorian Auditor-General has found.

It included spending $172 million on PPE that was not fit for purpose, such as buying 33 million N95 respirators and 14 million surgical face masks.

Because the state did not have a PPE stockpile before the pandemic, government staff acted quickly but relied on unfamiliar suppliers and often paid high prices, according to the audit tabled in Parliament on Wednesday.

The Department of Justice, for example, bought hand sanitiser bottles for $6, but at other times during the pandemic it paid up to $27.

“Departments made extraordinary efforts to respond to COVID-19. However, not all departments effectively managed their spending, leading to waste in some instances,” the report said.

Overall, the government spent $4.4 billion on pandemic initiatives, including $785 million on its business support fund and $782 million on expanding intensive care.

The report found some of that money went to executives paid over the odds, and contractors hired without a competitive process or a signed contract.

For example, the Department of Health contracted one senior executive for $594,500 without considering any other candidates.

The pay for the year-long contract exceeded the job description by $250,000 and the relevant public service pay band by $230,000.

The audit found the department’s records do not explain how the executive was identified or why they were paid so much.

The department also paid $4.5 million to an IT firm for a new computer program for contact tracing, despite later dumping the firm after problems with the job.

It hired the firm for about $11.5 million in the second half of 2020, without any clearly agreed performance measures in its contract.

The firm started work in August but the contract wasn’t finalised until late October, at which point the department was already trying to get out of the deal.

At the Department of Justice, a consulting firm was paid up to $100,000 to provide executive coaching and “wellbeing support” for staff, without asking anyone else to quote for the job or finalising its contract until several months after the program had begun.

“Most departments had weaknesses in their COVID-19 procurements, such as incomplete and missing documentation, frequent use of quotes from single suppliers and inadequate consideration of conflicts of interest,” the audit said.

“This means these departments cannot be sure that material fraud, corruption and waste did not occur.”

Seven out of eight departments used a “critical incident procurement” policy to spend money on their pandemic response, with speed more important than value for money in some cases.

Apart from the Department of Justice, all departments failed to accurately report their total spending, did not have complete documentation of that spending, and activated critical incident policies to make non-urgent purchases.

VAGO made 16 recommendations to the government, which have been accepted by six out of nine departments.

A government spokesperson thanked the Auditor-General for the report and said all departments would continue to work to deliver good value and outcomes for the community.