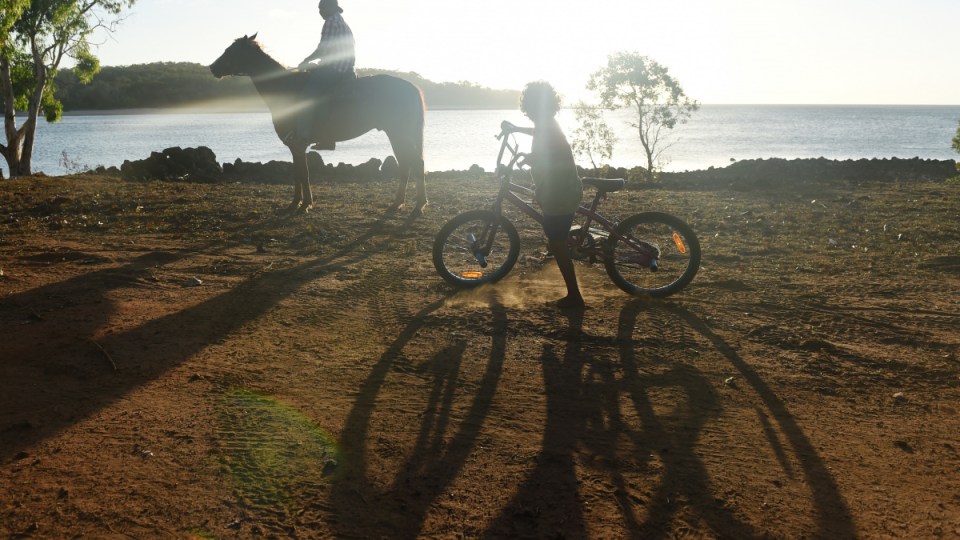 Torres Strait Islanders are suing the federal government over its inaction on climate change. Photo: AAP

Torres Strait Islander leaders are suing the federal government alleging it has failed to protect their communities from climate change harm.

Gadamalulgal traditional owners from the low-lying islands of Boigu and Saibai are leading a class action alleging the government breached the duty of care owed under native title and the Torres Strait Treaty.

The two men fear a global temperature rise of more than 1.5 degrees Celsius will render their islands, about one and a half metres above sea level, uninhabitable and make Torres Strait Islander people Australia’s first climate refugees.

The Australian Climate case is here. Paul and Pabai – First Nations leaders from remote islands in Gudamalagal in the Torres Strait – are taking the Government to court for failing to prevent climate change. #ClimateCaseAU #ProtectCountry pic.twitter.com/wPlEetdJUn

“Our ancestors have lived on these islands for more than 65,000 years. But the government’s failure to prevent the climate crisis means our islands could be flooded,” Mr Kabai said.

“Becoming climate refugees means losing everything: Our homes, our culture, our stories and our identity. If you take away our homelands, we don’t know who we are.”

Mr Pabai can’t imagine being forced to leave Boigu because “this island is me and I am this island”.

“If you take us away from this island then we’re nothing. It’s like the Stolen Generation, you take people away from their tribal land, they become nobodies,” he said.

We're so proud to have supported Paul and Pabai in their case, and the incredible team at @GrataFund and class action specialists Phi Finney McDonald. When the @urgenda case was launched, everyone said it was impossible. So watch this space!

The class action was filed in the Federal Court on Tuesday as Prime Minister Scott Morrison announced Australia would adopt a target of net-zero emissions by 2050.

The Coalition projects an updated emissions cut of between 30 and 35 per cent on 2005 levels by 2030, but won’t adopt this as a target.

The court case against the government is being run by public interest law firm Phi Finney McDonald with the backing of advocacy group the Grata Fund and Dutch nonprofit the Urgenda Foundation.

A spokesman for Environment Minister Sussan Ley said she could not comment while the matter was before the courts.