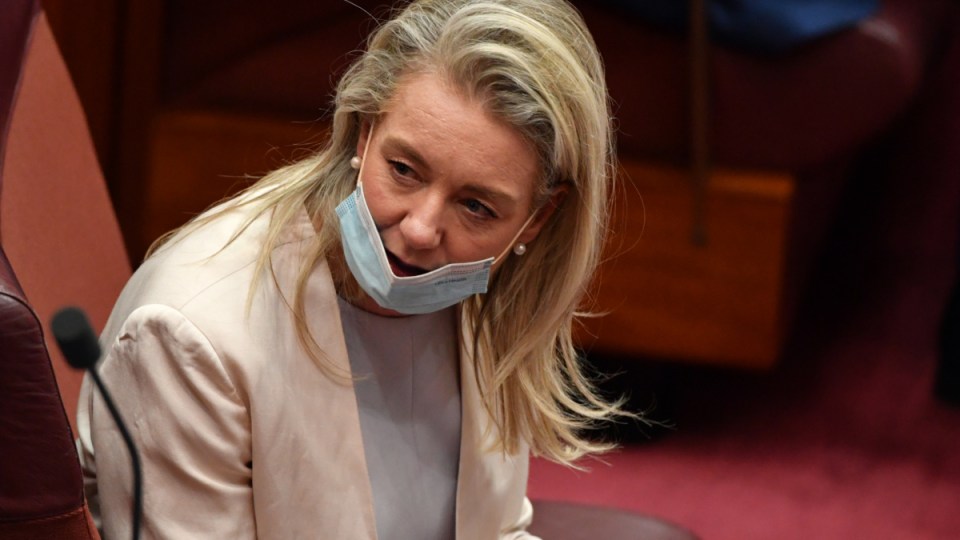 The federal government may be on the brink of finalising a net-zero deal after a week of fraught public negotiations, but another senior minister has warned of “ugly” consequences if the plan is rammed through cabinet without the Nationals’ approval.

Rogue Nationals backbencher Matt Canavan caused more headaches for the government, backing a motion in the upper house that compelled the government to publicly table the economic modelling underpinning the net-zero roadmap – which has so far been kept secret.

“It would be best, obviously, for the Coalition that we come to an agreement. But we’ve been very clear, we’re not agreeing to anything that isn’t right for the regions,” Senator McKenzie said on Wednesday.

Wednesday’s instalment in a week-long public negotiation sets up a scenario where Mr Morrison gets final last-minute approval on the net-zero plan mere hours before hopping on a plane to Glasgow for the COP26 climate summit.

With Mr Morrison and Nationals leader Barnaby Joyce confirming the net-zero plan will be ultimately approved by cabinet – not the Coalition party room – the target seems an inevitability within days.

But the Nationals are baring their teeth in the final negotiations, with Mr Joyce forming a sub-group of four colleagues who will draw up a list of demands in exchange for the party’s support.

Senator McKenzie is in that sub-group, as are deputy leader David Littleproud, Resources Minister Keith Pitt, and MP Kevin Hogan.

The group will document their concerns, which Mr Joyce will take to Mr Morrison, before further negotiations later this week and potentially a final result early next week.

“I believe within the day, within the next day, we will get back to him because we are not grandstanding,” Mr Joyce said of his meetings with Mr Morrison.

It’s not clear what the Nationals will ask for in their submission to Mr Morrison, but it has been reported it could include employment safeguards for particular industries.

Mr Littleproud said on Wednesday that “if you’re a coal miner today … you are still going to have a job well beyond 2030, well beyond 2040”.

Speaking on the ABC, Mr Littleproud denied the price of the Nationals’ support would be anything as specific as a new coal-fired power station, but said the negotiations would “inevitably” involve funds for regions.

In the House of Representatives’ question time on Wednesday, every Labor question went to Mr Joyce on the net-zero target. He joked about “batting a full innings”.

But across Parliament House, in the Senate chamber, Senator McKenzie was fielding her own barrage of questions.

Senator McKenzie was asked by Labor’s Kristina Keneally whether she agreed with Senator Canavan, who had on Tuesday warned things could get “a little bit ugly” if the net-zero plan was approved by cabinet without addressing the Nationals’ concerns.

Senator McKenzie is one of just four Nationals in the 23-member cabinet, alongside 19 Liberals.

Mr Morrison does not need to confirm or authorise the net-zero target through the Coalition party room or on the floor of Parliament.

However, the principle of ‘cabinet solidarity’ means any minister who refuses to publicly support a cabinet decision must quit their position.

Senator McKenzie dodged several questions in question time on whether Nationals would quit the ministry if cabinet approved the net-zero plan, but defended her party’s delay.

“What we’re doing as a political party is carefully considering the proposal before us and this proposal will set up a net-zero position for this country over the next three decades,” she said.

The Nationals are likely to meet again later this week or this weekend, ahead of further party room discussions next week.

Cabinet will meet again next Wednesday, likely the only chance to approve the net-zero plan – coming just a day before Mr Morrison is set to fly to Glasgow for the COP26 climate summit.

The Nationals have denied they are holding the government to “ransom” by dragging out their concerns until the last minute, but Senator Canavan is doing the Coalition no favours.

A staunch opponent of net zero, who promised to campaign against such a target, he complained on Tuesday that the Nationals hadn’t been shown the government’s full economic modelling on the target.

On Wednesday, Senator Canavan broke from the Coalition to join with Senator Rex Patrick, and formally request the modelling be made public.

The Senate agreed to their motion, which asks that by 10am on Thursday, the government tables “the detailed modelling that the government has that forecasts Australian exports in gas, resources and agriculture under the government’s 2050 net-zero emissions reduction strategy”.

‘It will be ugly’: Net-zero plan to be made public as Nationals level latest threat