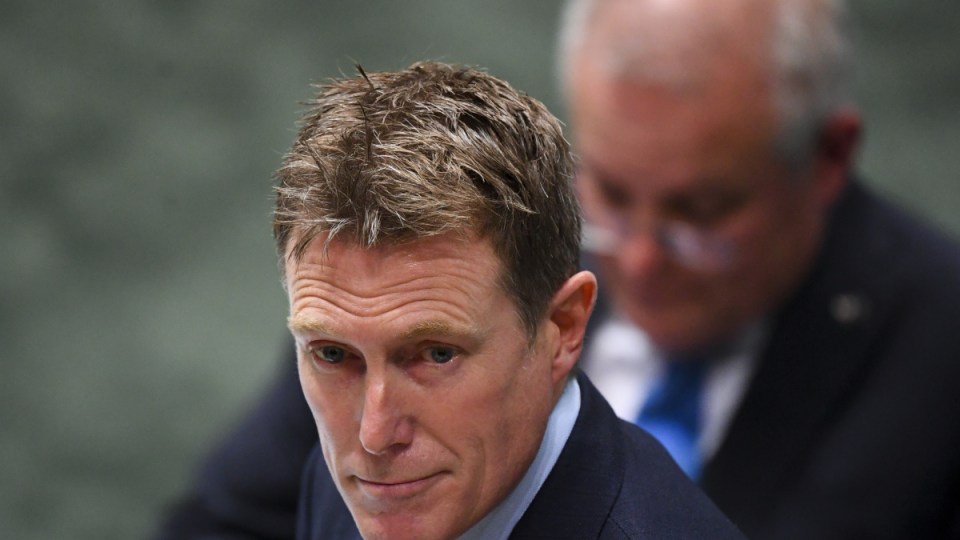 Former attorney-general Christian Porter won’t be investigated for possible contempt of Parliament over his acceptance of anonymous legal fees.

MPs voted down a Labor motion for Mr Porter to be referred to the privileges committee to determine if he acted in contempt of Parliament.

Speaker Tony Smith told Parliament on Wednesday he was “satisfied that a prima facie case has been made out”, opening the way for a vote on the motion from manager of opposition business Tony Burke.

Mr Porter resigned as a minister after revealing mystery legal donors helped to fund his defamation action over reporting by the ABC of a historical rape allegation.

“We need to oppose a system where members of Parliament can keep secret who is giving them money for personal bills,” Mr Burke told parliament on Wednesday.

“If this is allowed to stand, the register of members’ interests is obliterated in terms of being a disclosure document.”

Leader of the House Peter Dutton said the government opposed the motion, but proposed that the privileges committee launch a broader inquiry into anonymous donations, including those which come through online donor platforms.

Labor leader Anthony Albanese told Parliament it was unprecedented for such a motion to be voted down.

“As far as I’m aware … since federation there has never been a time where the house has voted down a resolution after precedence was given,” he said.

“In opposing the motion, the government is saying don’t even look, just pretend and walk away.”

Mr Porter resigned as a minister in September insisting he had not breached ministerial standards, but conceding the saga amounted to a “very unhelpful distraction” for the coalition.

He maintained the trustee had reassured him no money had originated from lobbyists or prohibited foreign entities.

In March, he named himself as the cabinet minister the subject of the ABC story about the alleged 1988 rape of a now-deceased woman.

Mr Porter vigorously denied the allegation and launched legal action against the public broadcaster that settled before trial.