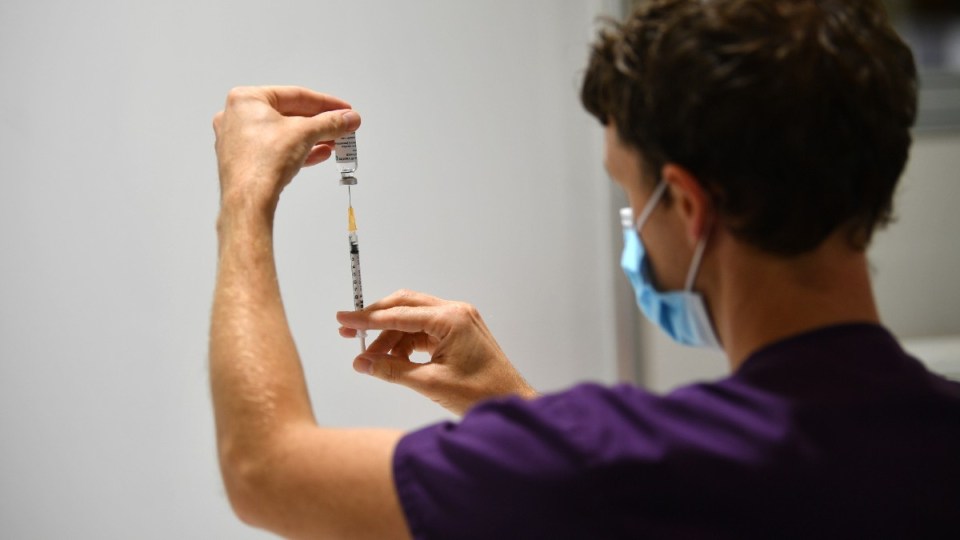 Australians should be able to get COVID vaccine booster shots by the middle of November, with federal Health Minister Greg Hunt saying it is “likely” they will be offered to the whole population.

Aged-care workers will be the first to be extended a third shot, an extra dose of Pfizer.

“We want to commence that in the second week of November, subject to advice that we have and confirmation both from ATAGI and from the TGA,” Mr Hunt said in a Parliament House press conference on Wednesday.

“We are ready, we’re in a position to commence and to make sure that additional protection is provided.”

The announcement was made as Australia’s double vaccination figures ticked over 70 per cent for people aged 16 and over. Mr Hunt said there were another 277,000 doses administered nationwide on Tuesday, taking the total figure to 33.2 million jabs in total.

The first-dose vaccination rate among those 16 and up is 85.5 per cent.

The high vaccine rates are credited with lowering hospitalisation and death rates in COVID outbreaks in Melbourne and Sydney.

But there is growing international data that vaccine effectiveness does wane over time. In Israel, the US and Europe, booster shots are on the way, to increase citizens’ protection against the virus.

“My understanding is, every state and territory has a spare capacity at this point in time, and we want to keep the machine running to keep the program rolling,” he said.

“There’s a clear direction that [vaccines] are likely to go towards aged care, and it’s likely that we will have general population but we also have to actually have the TGA approval. That is in the late stages.”

Authorities were still evaluating the optimal gap between initial doses and boosters, Mr Hunt said. But the first vaccinations in Australia’s rollout began in late February, nine months before the booster shots are pencilled to begin in mid-November.

“Particularly in Israel, where they have gone very rapidly with a booster program for the whole population, and we are able to look at the data from Israel and it confirms this is safe, effective in all age groups for both decreasing infection as well as severe disease, and for the older age group, death prevention,” Professor Kelly said.

“That is absolutely proven from the Israeli data.”

The federal government is still waiting for final advice from the Therapeutic Goods Administration and the Australian Technical Advisory Group on Immunisation. But aged-care workers are likely to be offered a booster from mid-November.

That is likely to be the Pfizer vaccine. Mr Hunt said officials would meet Pfizer early next week, but were still waiting on applications from Moderna or AstraZeneca to give their vaccines as boosters.

“We fully expect other companies, particularly Moderna, to come through with that information in coming months,” Professor Kelly said.

He added that a “mix-and-match” vaccine dosage – where someone who had, for instance, two doses of AstraZeneca then got a Pfizer booster – would “likely” be approved.

Australia has contracts for tens of millions of Pfizer and Moderna shots in 2021 and 2022.

The government also has a contract for 51 million doses of the Novavax vaccine, which had been pegged as a booster shot candidate. But that manufacturer has not yet submitted applications to Australian regulators and has thus not been approved for use in this country.

Professor Kelly and Mr Hunt stressed that two doses of a COVID vaccine still made a person “fully vaccinated”. However, they would not speculate on whether a third shot would be mandated in the future, for situations such as air travel or work in high-risk industries such as healthcare.

Some overseas nations have begun mandating that international visitors show proof of either their two-dose initial vaccination, or a booster shot, within the previous 365 days.

Vaccine boosters to begin next month, ‘likely’ for whole population