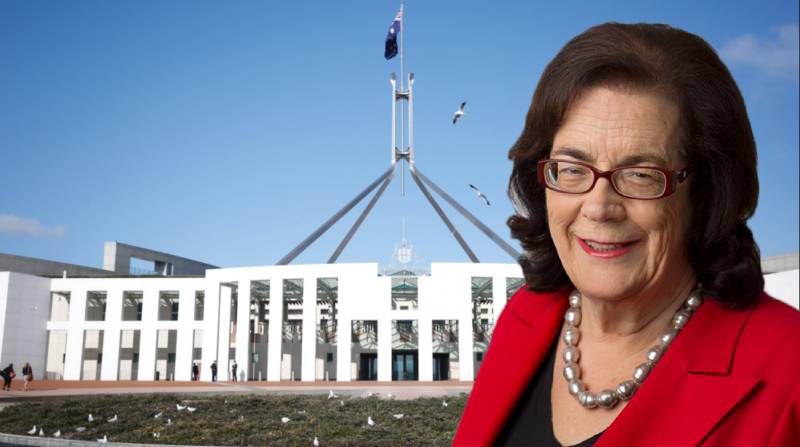 Michelle Grattan says the PM is far enough down the 2050 target road that he can’t afford not to get his way.

The Nationals appear to be inching towards accepting the net-zero 2050 climate target, wrapped in a protective layer of cotton wool and, of course, accompanied by expensive sweeteners.

After all they’ve said over the years, the step is a huge one for them.

But apart from the symbolism, for everyone else it’s a very small one, moving from the government’s present policy of reaching net zero “preferably” by 2050.

Scott Morrison, addressing the Liberal parliamentary party on Monday, spelled out what he intends to take to Glasgow and what he has no intention of taking.

He’s determined to present a firm 2050 commitment. He knows that if he doesn’t, Australia will be a pariah.

He’s now far enough down the 2050 target road that he can’t afford not to get his way, even if he has to add some strong-arming to the largesse on the table for the Nationals.

In his speech to the Liberals he indicated the policy decision was one for cabinet, not the party rooms (though the Nationals would contest that, and Barnaby Joyce has flagged he needs the consent of a majority of his colleagues, accepting he won’t get them all).

In question time later, Morrison reiterated who’s in charge. “The government decision on the government’s commitments for Australia in relation to Cop26 will be made by the government in cabinet.”

In urging his position in the Liberal party meeting, Morrison said that on the climate issue the world had moved on, highlighting the change in the United States.

He referenced Australia’s place in the western alliance and warned that if it decided to be out of lockstep with its friends it would draw down very seriously on the capital it had built up over decades.

Morrison also made clear the government won’t lift Australia’s 2030 target of a 26 to 28 per cent reduction in emissions on 2005 levels.

This leaves the Coalition agonising over 2050 when the focus of other countries is on 2030. It would be easier to understand if the agonising were over a new 2030 target.

Morrison says the current 2030 target was an election commitment – that gives him a rationale for sticking with it.

Regardless, the Nationals, who are having enough trouble worrying about nearly three decades away, would never buy pledging more by 2030. So their party room was not even asked to consider it.

Instead, Morrison will be armed with “projections” of what emissions reductions Australia expects to reach. The numbers aren’t yet known but it is speculated emissions could decrease by 32 to 36 per cent by 2030.

The matters to be resolved to get the Nationals in the 2050 tent are said to be about money, messaging, the protections for the regions, and the practicalities of the government’s plan. The timeline is unclear.

Nationals deputy leader David Littleproud on Monday was sounding encouraging. “We’re working through this issue pragmatically, understanding what the Prime Minister is trying to achieve.

“There could be winners and losers in this, but we’ve got to understand where they are and who they are and how do we address that. But if you’re a coal miner in central Queensland, you shouldn’t be shuddering in your boots today. Coal mining will continue for well beyond 2040.”

What was needed, Littleproud said, was “a calm environment” for consideration of the climate plan. “There’s a lot of religion in this. But the religious zealots from both sides need to bugger off and let the adults in the room work through the issues.”

He’s right of course, although the observation is more than a bit rich when Nationals’ “zealotry” has held back progress on the climate issue for more than a decade.

As he nails down his own policy, Morrison is already ramping up his attacks against Labor’s yet-to-be released one.

He declares the opposition has “no plan” and offers a “blank cheque” (as distinct, presumably, from the government’s very large cheque now being written for the regions).

And, “every time you hear Labor talking about cutting emissions, they are putting up your taxes”. No mention of the fact “your taxes” would be paying quite a lot for the government’s policy too.

View from The Hill: A small step for everyone else is a big leap for the Nationals