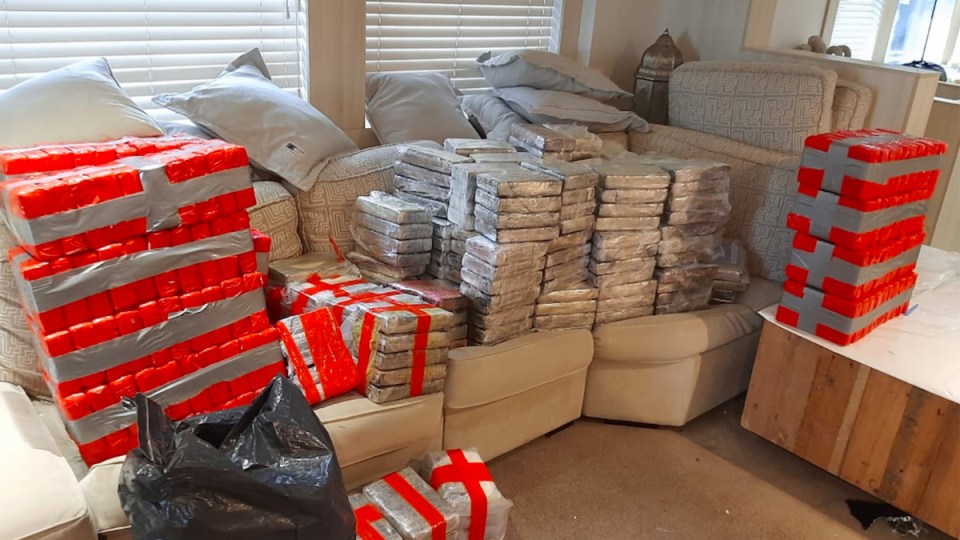 A massive haul of cocaine seized from a yacht off the UK coast thanks to Australian police help. Photo: AAP/National Crime Agency

Five men have denied drug trafficking offences after more than two tonnes of cocaine were seized aboard a luxury yacht off the UK coast, with Australian Federal Police helping in the investigation.

The court heard previously that the cocaine had an initial street value of £160 million ($296 million).

The men are accused of being knowingly concerned in the supply or concealing of a class A drug, namely cocaine, on the yacht Kahu between August 21 and September 10 this year.

It is alleged that they knew or had reasonable grounds to suspect that the drugs were intended to be imported or had been exported in contravention of the Misuse of Drugs Act 1971.

A sixth defendant, Andrew Cole, 32, from Stockton-on-Tees, County Durham, did not enter a plea.

They were arrested in September 130 kilometres off the coast of Plymouth on board the yacht in an operation led by the National Crime Agency (NCA), supported by Border Force and the Australian Federal Police.

In September AFP assistant commissioner Lesa Gale said the operation demonstrated the strength of the NCA’s partnership with Australian authorities.

She added that intelligence gathered through Operation Ironside – Australia’s investigation into the AnOm encrypted communications platform – enabled the AFP to help out.

“Operation Ironside has opened the door to unprecedented collaboration across law enforcement agencies around the globe,” she said.

In Plymouth on Monday Judge Robert Linford fixed a trial date for March 9 next year with a three-week estimate and a pre-trial review will take place on February 22.

He remanded all six defendants into custody.