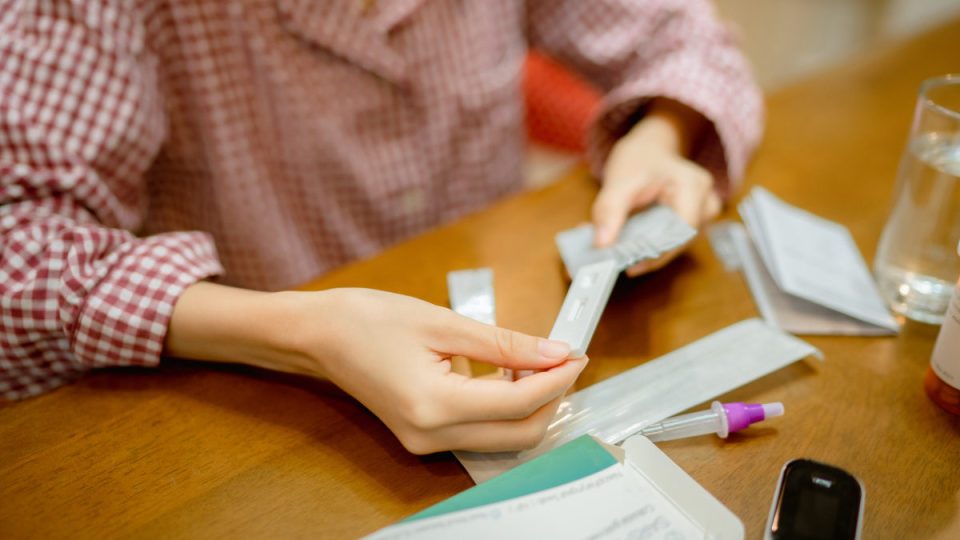 Australia’s medical regulator has approved the nation’s first rapid at-home tests for COVID, with the saliva and nasal swab kits to deliver results in just 15 minutes.

The Therapeutic Goods Administration gave a tick to three brands of rapid antigen tests on Thursday, paving the way for Australians to begin self-administering COVID screenings at home.

But don’t expect to avoid the normal PCR nose and throat swabs just yet, with warnings that people with virus symptoms should still seek the more invasive test.

“It’s a step we’ve finally gotten to, which we should have gotten to some time ago,” said Professor Mary-Louise McLaws, an epidemiologist at the University of New South Wales, said of the rapid antigen test approvals.

“They’re an excellent addition to our bundle of prevention tools. It’s good news.”

Similar test kits have been used across the US, Europe and Asia for many months, and have been used in supervised conditions in certain industries in Australia, but this is the first approval for at-home tests for individuals.

“Rapid antigen tests may also be valuable alongside the confirmatory gold-standard PCR testing in an outbreak where there is high local disease prevalence (such as currently in Sydney). More rapid public health responses to testing can further reduce disease transmission,” the TGA said.

Rapid antigen tests have the benefit of being much faster and less invasive than a standard polymerase chain reaction (PCR) test, but are slightly less accurate.

The three tests, all from Hangzhou Alltest Biotech and sponsored by Australian company AM Diagnostics, all return results within 15 minutes.

Two require oral fluid or saliva to be mixed with a liquid “buffer”, with two drops of the combined fluid then added to a test strip.

The third requires a nasal swab to be scraped inside both nostrils, before being added to a tube of solution. That liquid is then added to a test strip.

The TGA’s guidance for all three tests said a positive test meant a person was “very likely” positive to COVID, and must immediately self-isolate and contact medical authorities in line with state or territory rules.

A negative test result means a person is “unlikely to have COVID”, but the TGA warns “it is possible for this test to give a negative result that is incorrect (a false negative)”.

Anyone who has a negative result while experiencing symptoms of COVID – such as loss of smell or headaches – is urged to seek medical advice or take another rapid test after one to two days.

Health minister Greg Hunt said the government expected more rapid tests would be approved by the TGA in coming weeks.

“This is an important additional protection for Australians, home testing to support Australians and the National Plan,” he said.

The TGA’s approval takes effect from November 1, but despite the tick, it is not yet clear how Australians will be able to access the tests, or exactly which settings they will be recommended for use. The federal government has previously hinted they may be available for purchase from pharmacies.

Professor McLaws said countries like Singapore had given out rapid test kits free of charge to citizens to encourage use, and suggested the Australian government could do the same.

She said rapid tests had use as a ‘screening’ tool, to confirm someone was negative before entering a high-risk setting – such as visiting a sick or elderly relative in their home, or for young children who were not yet eligible for vaccination.

Overseas, rapid tests are used at the entrance to public spaces like concert venues, to ensure all guests are COVID-negative.

“You can be tested to screen that you’re definitely negative before visiting grandparents for example,” Professor McLaws said.

“They should also be added to testing for visitation at hospital wards.”

However, she stressed that anyone with COVID symptoms should seek a formal PCR test, rather than relying on rapid testing. Professor McLaws said rapid tests were more for confirming someone without symptoms was indeed negative, rather than ruling out positivity in someone with symptoms.

“If you have symptoms, you should be having a diagnostic test with the PCR. You use rapid tests as screening, looking for people who are negative, not trying to find people who are positive,” she said.

At-home rapid COVID tests approved for use in Australia