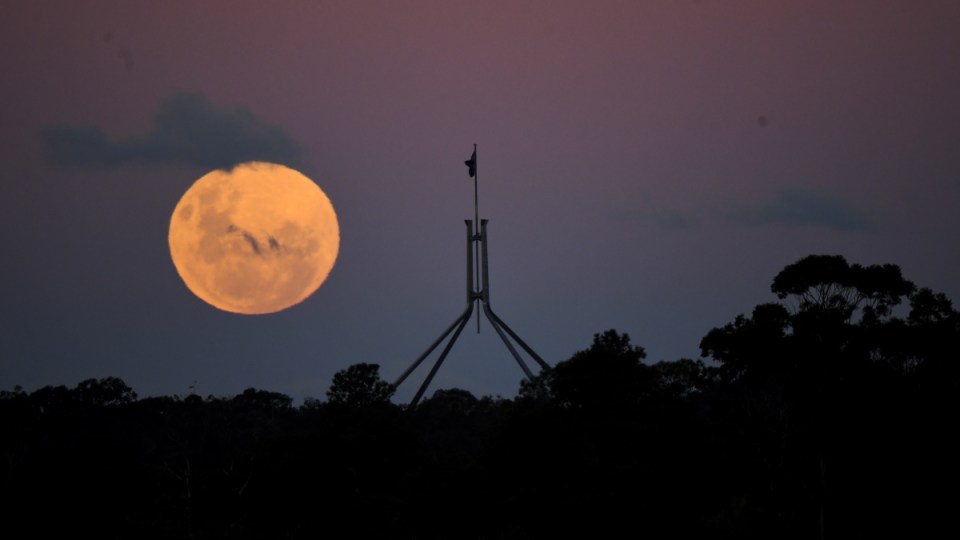 Australia will build a rover for a NASA mission to the Moon.

Australia will build a lunar rover to land on the Moon, as part of a NASA space mission to ultimately take humans to Mars.

The rover could blast off as early as 2026, in what the federal government says will be Australia’s first trip to the Moon, and a boost to the nation’s burgeoning space technology industry.

“This is an incredible opportunity for Australia to succeed in the global space sector,” Prime Minister Scott Morrison said, announcing the government will offer $50 million in funding to the Australian space industry.

The mission will see the Australian-made rover vehicle sent into space on a NASA rocket, and is an initial step toward future missions to Mars.

The semi-autonomous vehicle – described as a “small Australian-made foundation services rover” – will land on the Moon and collect lunar soil, also known as regolith.

“Using separate equipment that will be sent to the Moon with the rover, NASA will aim to extract oxygen from the regolith – a key step towards establishing a sustainable human presence on the Moon, as well supporting future missions to Mars,” the Australian Space Agency said.

“NASA intends to fly the rover to the lunar surface provided it meets a range of conditions during this phase of the collaboration. It is expected to launch no earlier than 2026.”

The rover is expected to weigh less than 20 kilograms.

However, the government program under which the funding will be allocated to businesses, known as Trailblazer, is not yet open.

The government says the program will open later this year, with applications open from 2022.

“Final details on the proposed mission and rover will be provided when the Trailblazer program opens later this year,” the Australian Space Agency said.

The government is tipping in $50 million in funding from its Moon to Mars initiative, part of the Australian Space Agency’s push to get Australian businesses involved in its partnership with NASA’s mission.

The partnership, launched in 2019, is part of the government’s push to create thousands of high-skilled jobs in Australia’s growing space industry.

“By 2030, we want to triple the size of our space sector – adding $12 billion to our economy and creating up to 20,000 new, high-skilled jobs – providing more opportunities for Australians and industries,” Mr Morrison said.

The government says more than 480 businesses in Australia could have an opportunity to contribute to the Moon rover build.

“Australia is at the cutting edge of robotics technology and systems for remote operations, which are going to be central to setting up a sustainable presence on the Moon and eventually supporting human exploration of Mars,” said Enrico Palermo, head of the Australian Space Agency.

NASA administrator Bill Nelson welcomed the program, which he said would “strengthen the long-time relationship between the United States and Australia” on space exploration.

“By working together with the Australian Space Agency and our partners around the world, NASA will uncover more discoveries and accomplish more research through the Artemis program,” he said.

Minister for Science and Technology Melissa Price called it “a new era” for Australia’s space industry.

“With our expertise in robotics technology, NASA wants to partner with us on this project to the Moon, creating our own lunar history,” she said.

“It will build the Australian space sector’s capability and capacity and showcase Australia’s strengths to the world, as well as inspire a whole new generation of young people to enter careers in science, technology, engineering and maths.”

Australia to build lunar rover for NASA mission to Mars