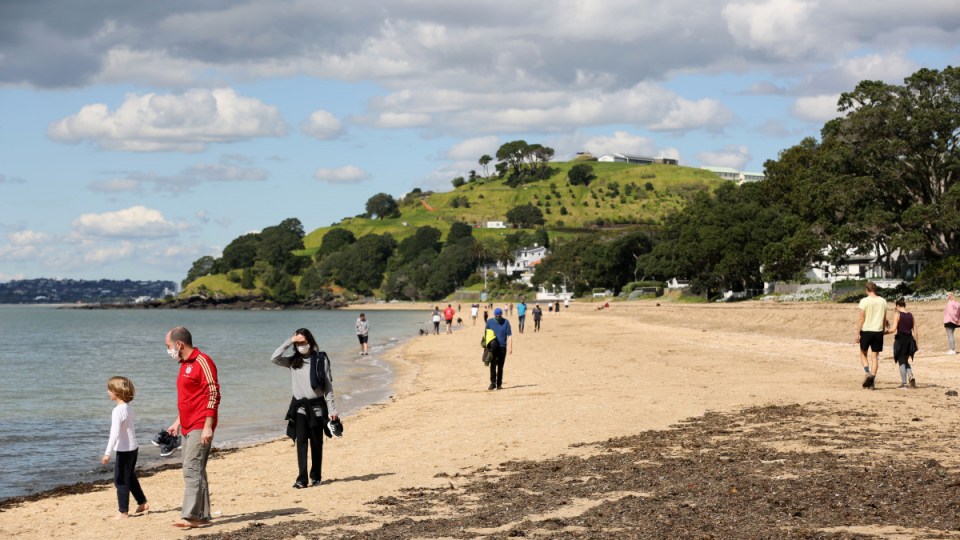 New Zealand has recorded its 28th COVID-related fatality, with the death of an infected person in an Auckland hospital as the virus continues to spread. Photo: AAP

New Zealand has recorded its 28th coronavirus-related death, along with 39 new community cases, as the Delta outbreak spreads outside Auckland.

The fatality is the second in the current Delta outbreak, following the death last month of an Auckland woman in her 90s.

Among Wednesday’s 39 cases, 30 are from Auckland and nine are from the Waikato – including individuals from Kawhia and Karapiro, two towns outside the lockdown boundaries.

While Jacinda Ardern’s government reacted to cases in Hamilton and Raglan this weekend by placing those areas into lockdown, it is yet to do the same to Kawhia and Karapiro.

“The feedback we’ve had from the contact tracers is that we don’t need to make a boundary decision immediately,” COVID-19 Minister Chris Hipkins said.

“These additional cases are reasonably well contained … [contact tracers] know who their contacts are, they are all linked to one another, they know what the chain of transmission was.

“If we start to see more cases popping up, it changes the dynamic quite quickly.”

Dr McElnay said there were currently 12 active “sub-clusters” within the outbreak, a steep jump from last week’s four.

Mr Hipkins said there was “an increasing reality that getting back to zero [daily cases] gets harder and harder as every passing day goes past”.

The outbreak has infected 1420 people, including 32 currently in hospital, including seven in intensive care.

Vaccination rates have increased slightly this week, with 77 per cent of eligible people at least partially vaccinated and 49 per cent having had two doses.

Mr Hipkins has announced a “national day of action for vaccination” on October 16, which he called “Super Saturday”.

“We’ll have vaccine clinics throughout Aotearoa open throughout all day and into the evening, a bit like on election day we’ll be asking all of our civic and political leaders to contribute to a big effort to turn people out,” he said.

New Zealand is currently pivoting from its long-held COVID-19 elimination strategy towards a begrudging acceptance of the virus.

The switch has frightened many, including health professionals and COVID-19 modellers such as Michael Plank of the University of Canterbury.

“The change in tack signalled by the government means it is really [only] a matter of time before COVID finds its way to all corners of New Zealand,” he said.

For the first time during the pandemic, Ms Ardern’s government has endorsed a loosening of restrictions despite continued community transmission.

From Wednesday, 1.7 million Aucklanders can travel around the whole city, preschool has returned, and two households can gather outside in groups of no more than 10.

Kiwis can hunt, play at the beach, go to a playground or do organised group fitness – provided the groups limit to 10 people, and social distancing is observed.

On Monday, Ms Ardern unveiled an Australian-style roadmap for Auckland with three phases, including improved freedoms, but unlike Australia she has not attached timeframes or vaccination trigger points.

Instead, her cabinet will use its regular Monday meeting to make decisions on whether to shift Auckland to a new phase.

Nick Kyrgios at Wimbledon: Can he win it? Yes, he can
Victoria COVID: 1420 more cases, 11 deaths
Today's Stories