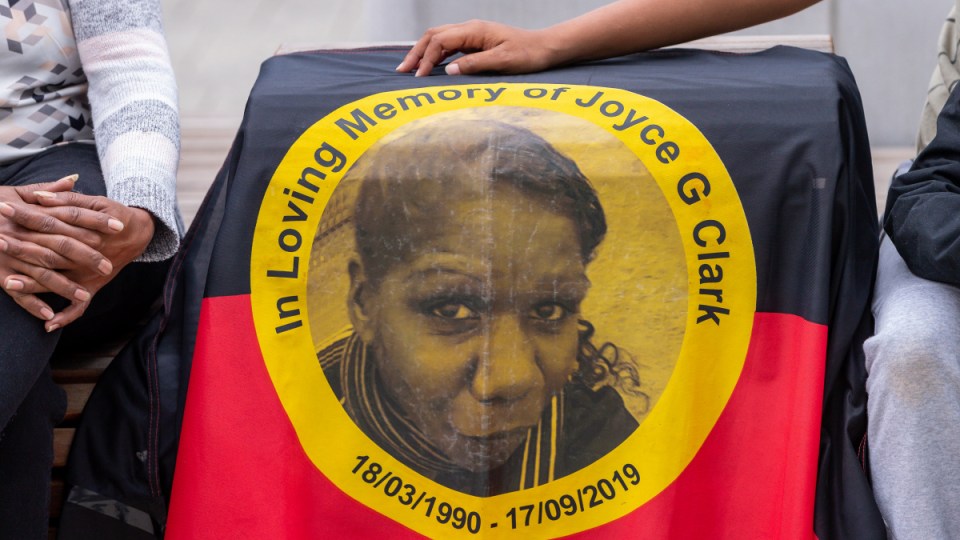 A WA police officer is on trial charged with murdering a 29-year-old Indigenous woman. Photo: AAP

A policeman who shot dead an Indigenous woman carrying a knife on a suburban Western Australian street had “no justification” for pulling the trigger, a jury has been told.

But the officer’s lawyer says her “courageous” client followed protocols and had put himself at risk of serious harm to protect others.

The first-class constable, whose identity is suppressed, is on trial in the WA Supreme Court charged with murdering the 29-year-old woman, known as JC for cultural reasons.

JC, a mother of one, had experienced mental health and drug problems and recently been released from prison when she died in Geraldton, in WA’s Mid West, on September 17, 2019.

Opening the trial on Tuesday, Director of Public Prosecutions Amanda Forrester SC said JC had died from a single gunshot wound to the abdomen.

The accused had been one of eight police officers in four separate vehicles who had responded to reports of a person roaming the streets carrying a knife.

The jury was shown confronting CCTV footage of JC being shot while surrounded by police vehicles.

Ms Forrester said five of the officers had stayed in their cars, a sixth left his vehicle unarmed and attempted to speak to JC, and another had drawn his Taser but had not activated it.

The accused got out of his vehicle, drew his loaded firearm and ran towards JC, who was carrying a large knife and a pair of scissors.

“Less than three seconds after she stopped walking, the accused shot her in the abdomen,” Ms Forrester told the jury.

“What the state says (the footage) does conclusively show is she did not take one step, at all, in any direction, let alone towards a police officer.”

The court heard the accused, who is on bail, had spent five years as a permanent officer and 18 months as a probationary constable.

Given his extensive training, the number of officers present and the other available weapons, the shooting was “wholly unnecessary”, Ms Forrester said.

“He cannot have believed it was necessary to do what he did,” she said.

“If he did believe it then he had no reasonable basis for it.”

Defence lawyer Linda Black said the court would hear evidence her client had acted correctly by drawing his gun, rather than a Taser, when confronting a person armed with a knife.

She said JC had turned towards the accused, who was about three metres away, and “eyeballed” him when he demanded she drop the knife.

The officer, who had never fired his gun while on duty, had less than a second to decide whether to pull the trigger given the close proximity, she said.

“He was not some trigger-happy constable … he was a brave and careful officer who took pride in his job,” Ms Black said.

Ms Black said the accused had been forced into action to protect himself and others including the unarmed officer, adding that the case had “nothing whatsoever” to do with race.

She asked members of the jury what they would want to happen if such an incident unfolded in their own street or their home.

“It may well be that you hope (the accused) is the first one through your door,” she said.

The court earlier heard JC had battled serious substance abuse issues and did not have custody of her young son, which was a source of distress.

Ten days prior to her death, she had called triple zero saying she was going to kill herself.

She was taken to hospital and transferred to Perth, where she was reported as being physically aggressive but found not to be experiencing psychosis.

On the day she died she visited relatives where she smoked cannabis and got into an altercation with another woman, threatening to kill her and herself.

A blood sample analysis indicated she may have recently taken methamphetamine but not on the day she died, Ms Forrester said.